INSIDE LLEWYN DAVIS written and directed by. 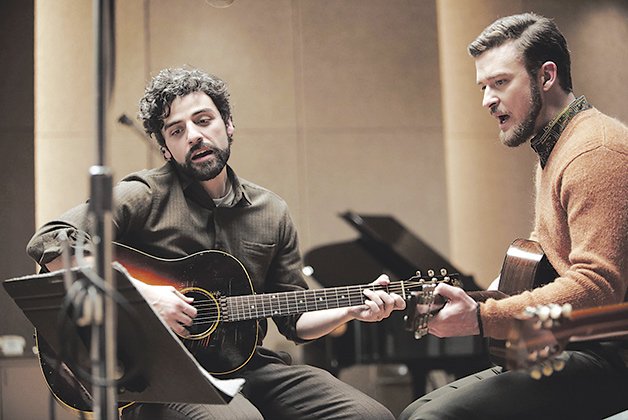 Joel and Ethan Coen’s portrait of a struggling folksinger in 1961 New York City plays as comedy, musical and drama all at once, its tone steered by Oscar Isaac’s soulful interpretations of traditional folk songs that somehow manage to reflect precisely what his character, itinerant troubadour Llewyn Davis, is feeling in the moment.

Beautifully realized and packed with delightful incidents (the recording of Please Mr. Kennedy is probably the most satisfying three minutes you’ll spend in a movie theatre this year), Inside Llewyn Davis understands its characters in a way few movies do, giving Isaac and co-stars Justin Timberlake, John Goodman, Adam Driver and F. Murray Abraham much more to sink their teeth into more than folk scene clichés.

Carey Mulligan sounds the only false note as an antagonistic friend of Llewyn’s someone really needs to tell her she can’t act and maintain an American accent at the same time. Fortunately, she doesn’t have enough screen time to do any real damage, and the film bounces back to life whenever her character slams the door in its hero’s face.

OSCAR BUZZ In a perfect world, the movie about Llewyn Davis would be far more successful than its subject, with nominations for picture, director, original screenplay, actor for Oscar Isaac), supporting actor nominations for both Justin Timberlake and John Goodman, film editing, cinematography and original song for Please Mr. Kennedy. Yes, seriously.