Inside Out honours innovative storytellers with $10,000 prize

Sponsored feature: presented by Inside Out 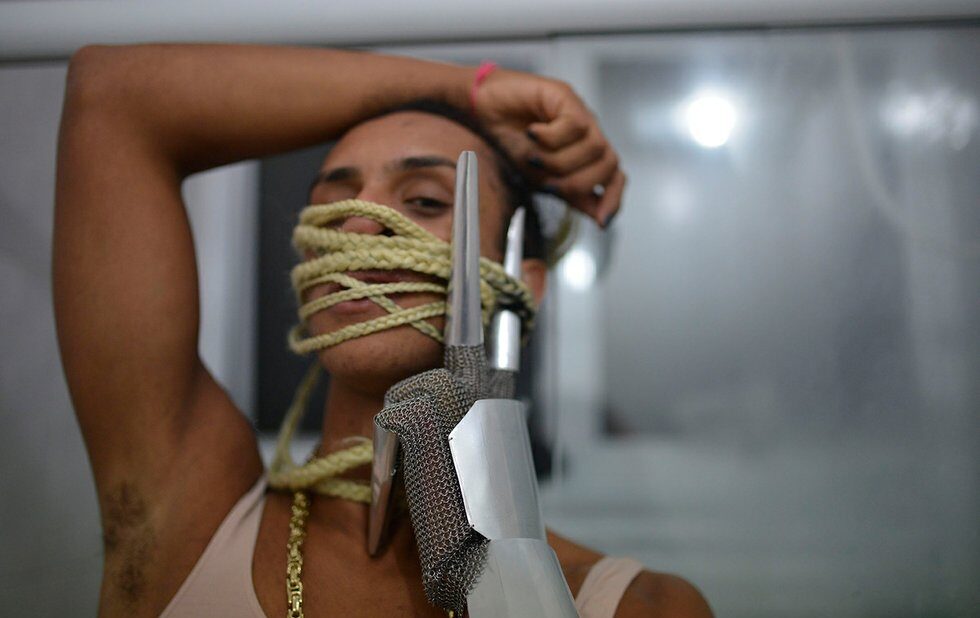 Inside Out has long been the home of progressive-minded artists whose cinematic works provoke audiences into considering new ideas about who we are. As the festival inches towards its 30th anniversary (just two years away), they have launched a new award that seeks to recognize the importance of storytellers who continue to look at the world through fresh perspectives.

“Cash awards for filmmakers – that actually go into the hands of the filmmakers – have been a really big priority for us,” says Andrew Murphy, director of programming. “This year there was an opportunity to introduce that kind of big cash award that we liked about other key festivals.”

The Innovation Award is a juried prize that goes to a filmmaker who demonstrates innovation and a commitment to authentic and positive representations of LGBTQ+ people and issues.

Murphy makes it clear that there is no shortage of interesting stories to tell here, many of which that don’t necessarily have to do with the popular tropes of a “coming out” tale. “With access to more information than ever, I think it’s really important to look at how our stories are changing – how our history is changing,” he says.

The programming team at Inside Out was noticing during the curation process that an increasing number of submissions were reflecting stories from a broader spectrum of communities than had been the case in the past.

“Looking at our nominations this year, it’s a great cross-section of women and non-binary filmmakers and subjects, in both documentary and narrative,” says Murphy. He thinks it’s important that his festival, and others like it, give space to highlight these stories and storytellers.

“This is where we’re going in our community.”

One of the nominated films this year, Bixa Travesty, highlights Linn da Quebrada – a dynamic Brazilian artist and performer. The co-directors of the film, Kiko Goifman and Claudia Priscilla, saw in her a unique story that had to be shared – particularly because it reflects the unique context of gender identity in Brazil today.

“Brazil is the country that most kills transvestites and transsexuals in the world,” says Goifman. “It’s urgent to talk about this theme today. Transphobia is a very serious issue in Brazil.”

He emphasizes the importance of thinking about gender identity not only as a special interest for small groups, but as a human rights-level issue.

One way that Bixa Travesty is an innovative film is through its inclusion of its subject within the filmmaking process.

“It’s not a movie about Linn da Quebrada, but a film made with her, who signs the script of the movie with us,” says Priscilla. “Linn suggested locations, characters, themes. This is fundamental in the film and she always had a voice.”

In addition to Bixa Travesty and the co-nominees for the Innovation Award, the stories featured on screen at Inside Out this year bring a wide variety of experiences and perspectives to Toronto audiences, and it’s a very conscious programming effort to keep uniqueness and inclusiveness a core part of the festival.

“We are not a complacent festival,” says Murphy. “We’re not interested in just throwing movies up on screen. It’s about our experience and using our privilege in Canada to make sure we have these conversations as part of this form.”

Inside Out Innovation Award Nominees

Bixa Travesty | “We saw this in Berlin – it is a very powerful, in-your-face documentary about a transwoman who has gone through so much in her life and who is this incredible activist. It’s so timely. It’s an education. It’s an inspiration.”

Hard Paint | “Their storytelling is very interesting. They tell stories with queer characters in them. There’s no ‘coming out’ stories. It’s about human relationships and hardships.”

L’Animale | “This one took me by surprise. We don’t see a lot of queer movies like this from that part of the world. It has this really tough edge to it. It’s a really interesting story about family dynamics.”

Skate Kitchen | “We saw it at Sundance. It really is a story for 2018. It’s a fascinating take on young women living today in the US and where these straight, questioning, queer ideas are intersecting within a group of them.”

Yours in Sisterhood | “I think it’s brilliant how the director took all of these letters from decades ago and had people in this town read them. It’s a great reflection about how little things have changed. It’s a beautiful, feminist, thoughtful piece that we thought deserved to be in this realm.”

Learn more about Inside Out and see festival programming highlights here.