IT FOLLOWS written and directed by David Robert Mitchell, with Maika Monroe, Keir Gilchrist, Olivia Luccardi and Jake Weary. A. 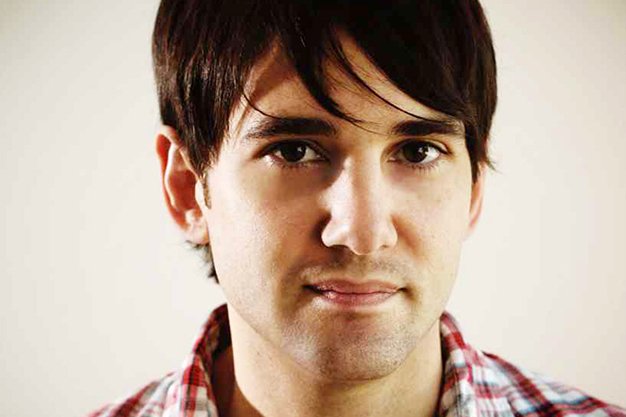 David Robert Mitchell on following The Myth Of The American Sleepover with a horror movie.|Mitchell on the path to production.|Mitchell on building on the aesthetic of his first film.

David Robert Mitchell’s It Follows is a horror movie with an irresistible hook: you slept with the wrong person and now an ancient, unstoppable demon’s coming after you. The only way to save yourself is to pass the curse along – by sleeping with someone else.

“The basic idea came from a recurring nightmare that I had when I was a little kid,” says Mitchell a couple of weeks before his movie’s TIFF bow. “Being followed by something that looked like different people, and it would just walk slowly toward me. In the nightmare I could always run away like, it would come into a room and I’d climb out a window. Or I’d be at school and I’d see it coming toward me. [But] I always had this immediate knowledge that it was this monster. I could get away from it because it was slow, but the idea that it was always coming toward me was the terrifying thing.”

The movie’s protagonist, 19-year-old Jay (Maika Monroe), is the newest link in an unending chain of potential victims. The obvious metaphor is AIDS or some other STD, but neither of those can be alleviated by seducing someone else. It Follows is more like The Ring, where salvation lies in sharing the problem.

I ask whether it’s an allegory for the hookup era, and Mitchell demurs.

“I don’t see it as just one thing,” he says. “I like the fact that there’s a lot of different ways of looking at the movie, and different audiences are bringing different things to it. Some see it as moralizing, some see it as the opposite. I mean, I think all of those things are valid and interesting. I have my own personal feelings about it, but I like the idea that it’s not necessarily clear.”

Another element of It Follows is its invocation of horror classics like John Carpenter’s Halloween in Mike Gioulakis’s widescreen imagery and Rich Vreeland’s nerve-jangling musical score. But again, there’s more going on than just homage.

“There are aspects of the film that are definitely referencing these classic horror films, for sure,” he says. “It’s a mixture, though. It’s not just a film about the 70s and the 80s it’s something that’s sort of outside of time. I’d like to think it would connect with modern issues and some things we’ve looked at in the past as well. It’s all those things combined.”

And all of them rest on the shoulders of the relatively unknown Monroe, who has to sell Jay’s constant terror. Mitchell said he was sold on the “deep vulnerability” she showed in her audition.

“It’s a tricky kind of thing in horror, to play those kinds of roles,” Mitchell says. “If someone is afraid or crying or screaming, it’s very easy for that to move into B-movie territory. There’s something very genuine about [Monroe], and when those terrifying moments happen, you believe her. You feel for her, and you worry for her.”