Famed Haaretz scribe says Israel voters "paying lip service to peace, while doing nothing to end the inhumane policies of the occupation.” 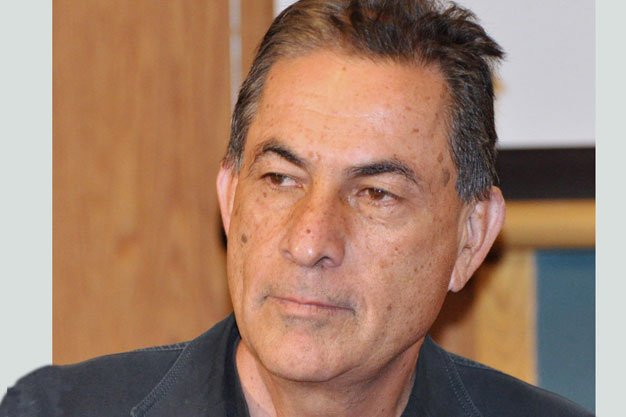 “Netanyahu deserves the Israeli people, and they deserve him.”

Those are the words Haaretz columnist Gideon Levy used to describe the results of the recent Israeli elections in which far right candidate Benjamin Netanyahu was re-elected prime minister.

In the same opinion piece, Levy suggested that it’s time for another election not to choose a new Israeli leadership, but a new Israeli people.

“If after six years of nothing, if after six years of sowing fear and anxiety, hatred and despair, this is the nation’s choice, then it is very ill indeed… something is truly broken, possibly beyond repair,” Levy wrote. “The foundations [have been] laid for the apartheid state that is to come.”

Harsh words for someone who, like Netanyahu, once opposed a two-state solution with Palestine himself. Levy has said that he was “young and brainwashed” back then.

The former political insider turned journalist and human rights champion is on a post-election speaking tour of Canada sponsored by Montreal-based Canadians For Justice and Peace in the Middle East. NOW caught up with him after his appearance in Toronto Tuesday, March 24.

In a broad 20-minute interview, Levy offers that the recent re-election of Netanyahu means that international pressure is more important than ever if there’s any hope of ending the decades-long conflict over Palestinian lands.

“We must ask ourselves if this will continue for the next 50 years and if this is proper in the 21st century,” he says.

The reasons why Netanyahu decided to call an election were a mystery to most political observers. However, it’s clear now, says Levy, that Netanyahu’s plan was to form a government based on a coalition made up entirely of right-wing conservative nationalist parties. Netanyahu no longer needs his former centrist allies with Israel’s political left isolated. The Arab parties, including small Jewish elements of the Communists, were able to obtain 13 seats, which is a far better showing than the five seats won by Zionist parties. But in the complicated mix that is Israeli politics it’s the Zionists that have historically held the balance of power and occupied cabinet seats.

“The calculation was to reveal Israel’s face,” Levy laments. “It shows the popular attitudes. Israelis are moving gradually to the right. The only thing stopping Netanyahu is American pressure.”

U.S. president Barack Obama reportedly admonished the Israeli leader for speaking out against Palestinian statehood during the election. Netanyahu has since backpedalled some on that question.

But Levy regrets that more serious pressure hasn’t been put by the U.S. on Netanyahu over the last six years. He says the U.S. president has been too tied up with “niceties.”

The question of Palestinian statehood has always been a complicated one in Israel, and for Levy personally.

When he served as an aide to Israel prime minister Simon Peres in the mid-1980s, Peres’s Labour Party enjoyed support of the country’s political left. Peres, however, was a key opponent of a negotiated peace with the Palestinian Liberation Organization (PLO).

Levy has said that it was only after he began covering the occupied territories as a columnist for Haaretz that his conversion on the question of a two-state solution took place. His changed opinion, however, had little impact on the views of his friend and mentor.

“He was stubborn,” Levy says. This attitude, Levy argues, is similar to the one held by most of Israel’s voters, who he says are “paying lip service to peace, while doing nothing to end the inhumane policies of the occupation.

Levy concludes: “It is clearer than ever that there needs to be a strong movement for sanctions,” which coupled with American political muscle “are the only way in which a Palestinian state can be realized.”