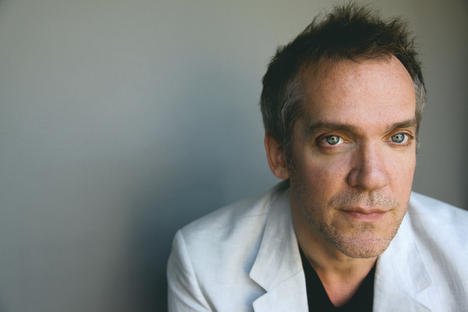 In Cafe De Flore, director Jean-Marc Vallee shifts expertly between two parallel storylines like a DJ spinning two platters. As it turns out, that’s exactly how Vallee approached the movie.

The Quebecois director, who broke out in 2005 with the bravura coming-of-age drama C.R.A.Z.Y., mixes his dual narrative with compelling energy. In the late 1960s, a single mother (Vanessa Paradis) does her best to raise a child with Down syndrome, while in the present, a Montreal DJ (Kevin Parent) prepares to marry the woman he believes is his soulmate (Evelyne Brochu) while trying to put things right with his shattered ex-wife (Helene Florent).

“I’m a DJ,” Vallee explains in an interview just before his film’s Canadian premiere at the Toronto Film Festival. “Music is so much [of] my life. It makes me want to make films, makes me want to dream, makes me want to be alive. I think this movie confronts the audience with how important music is in your life. How do you use music to be happy? To love? To tell your loved ones that you love them?”

Vallee makes mix tapes. “When I do a mix tape for my kids, for my friends, for my lover, I meticulously choose the tracks, and it’s beautiful,” he says. “And when they are alone they think of me – and when I am alone I think of them. It’s great, man. And this film does that.”

Propelled by a soundtrack of eccentric pop songs, Cafe De Flore moves like a juggernaut through its emotional peaks and valleys, with Vallee’s intuitive editing shaping the narrative. You’re encouraged to form connections through the juxtaposition of moments. It’s a risky tactic, to say the least, and seems even more ambitious when you consider that Vallee’s last film was the far more conventional biopic The Young Victoria.

“I wanted to go back to my first love, which is editing,” he says. “So I wrote this script and I knew I was going to cut it myself. I didn’t want to do another traditional linear love story like Young Vic. But there’s a link, you know? Victoria and Albert truly believed they were soulmates, and this guy thought he had a soulmate and he meets another woman.”

I tell him I’m amazed at the film’s precision, for all its apparent chaos in the cross-cutting. Was the complex structure planned from the first?

“I would say 90 per cent,” he says, “and then there’s the 10 per cent of things that I moved here and there. But it’s written on the page: I had 310 scenes. So it’s already cut there was a cutting plan. It’s pretty much like storyboarding without the drawings – I play the music so I have the thing in my head. When I’m lost, I just close my eyes and picture myself watching the film.”

Jean-Marc Vallee on guiding the audience through the story:

Vallee on screening the film for its first audience:

Vallee on using music to coach his actors: