The Oscar-nominated actor on the unapologetically weird Inherent Vice 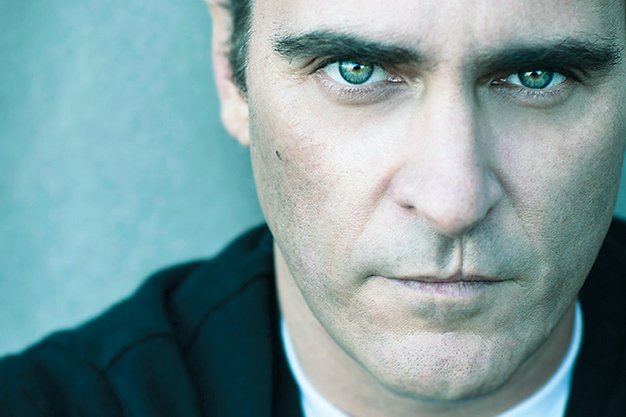 This may surprise you, but Joaquin Phoenix is not a hard guy to talk to at all.

Over the years, the actor – Oscar-nominated for his vexing turn as the Emperor Commodus in Gladiator, his mesmerizing interpretation of Johnny Cash in Walk The Line and his animalistic Freddie Quell in The Master – has built a reputation as a mercurial public presence.

He’s been known to stalk angrily out of interviews and get really strange on TV. And of course there was that year and a half he spent trying to convince everyone he’d become a rapper.

But on the phone from his Los Angeles home, with his two dogs barking in the background (“pit mixes, they’re adopted,” he says, and I can hear him bracing for judgment before I tell him I have a rescue hound myself), Phoenix is relaxed and open to anything.

“I don’t know how he does it, man,” Phoenix says of his director. “There’s nobody who can coax free all these different kind of humanly disparate tones and get them to work together, you know? It was such an amazing experience.”

Inherent Vice is messy and unapologetically weird, the absurdist comedy of Doc’s scenes with a gruff cop called Bigfoot (Josh Brolin) crashing into the woozy melancholy of his past relationship with old flame Shasta (Katherine Waterston). It shouldn’t come together, but in Anderson’s hands, it does.

“One of the things I love about it is that it’s not like when you’re watching the movie, you’re going, ‘Wow, this is really kind of hazy,'” Phoenix says. “You’re just kind of going through it, and when the movie’s over, you suddenly realize, ‘Wow, I was completely transported.’

It’s his second film with Anderson after 2012’s ambitious Scientology allegory The Master since he short-circuited his career with I’m Still Here, he’s only worked with a handful of directors: Anderson, Spike Jonze (Her) and his long-time collaborator James Gray (The Yards, We Own The Night, Two Lovers) who cast him as Bruno Weiss, Marion Cotillard’s posturing 1920s pimp in this year’s magisterial drama The Immigrant.

“What makes a good actor is a good director,” Phoenix says. “Definitely, as I’ve gotten more experience, I realize that the difference between decent work and great work is directors. You wanna try and work with people you think are great, so I’ve certainly just been focused on who I work with. They say to work with people who are better than you, people who are smarter than you, and that’s what I’ve been trying to do.”

In his collaborations with Anderson, that’s meant being broken down to nothing by an autocratic Philip Seymour Hoffman in The Master, and then anchoring Pynchon’s whirligig narrative as doper sleuth Doc.

“He’s someone who deeply cares about people, and about the world, but also just at the drop of a hat is like, ‘Well, where can I score?'” Phoenix laughs.

“There’s so much to draw from in that book. A lot of people talk about the outlandishness of the story and the colourful characters, and that’s all true, that’s there. But there’s also this real thoughtfulness and a real sentimentality about the time and the people. It’s really quite beautiful.”

Something else that’s beautiful? Seeing Joaquin Phoenix toplining his second straight Christmas release from a major studio after nearly torpedoing his career with I’m Still Here, the Casey Affleck mockumentary that saw Phoenix spend a year and a half doing his best to convince the world at large that he was out to reinvent himself as a hip-hop star.

His efforts included blowing off the Cannes premiere of Gray’s Two Lovers, in which Phoenix gave the performance of his career as a tortured Brooklynite obsessed with new neighbour Gwyneth Paltrow. When I interviewed Gray in early 2009, the filmmaker seemed genuinely concerned about his star.

“I certainly did my damndest to ruin things,” Phoenix says. “I mean, there were times when we were deep in it, and I’d talk to Casey and go, ‘I think we actually did it. I think we actually fucked my career path.’ When we started, it was quite innocent and goofy, like a bad version of an SNL skit. And as it progressed, as we started interacting with the public and then feeding off that, there came a moment where it was like, ‘This might actually really affect me forever.’

“The amazing thing was” – he’s laughing as he talks now – “it was too late and there was no turning back. If I’d just stopped it could have been even worse, so we had to press on.”

When Affleck and Phoenix released I’m Still Here, the reception was mixed, to say the least – people crabbed that the central joke wasn’t funny, or that Phoenix went too far into the gag to come back. But of course, when an Oscar nominee releases a personal project and it isn’t egregiously offensive, people line up to work with that Oscar nominee again.

“There were offers coming in,” Phoenix admits, “but not the kind of movies I wanted to be doing. So then I went, ‘Okay, I can have a career, but it’s not the career I want.’ That was a bit troubling, and there was a moment where I nearly did a movie just because I had to work – and I just couldn’t believe that I’d put myself in a situation where I had to make a movie just to pay a mortgage.

“I was so nervous and I just thought, ‘I can’t. I can’t do it. Fuck it. I can’t do it.’ And I didn’t do it, and I just had, like, two months of great concern. Then I got a call from Paul [to make The Master]. It’s completely amazing and more than I deserve. I’m just so fortunate.”

It is likely that the movie Phoenix is talking about is The Avengers Marvel reportedly offered the actor the role of Bruce Banner (aka the Hulk) in the summer of 2010. And Marvel’s earlier interest in Phoenix might also explain why his name was floated in connection with the Doctor Strange movie earlier this year.

Not that he’s entirely sure what sort of movies he does want to make, or how he wants to appear on screen. Jonze’s Her uses Phoenix as a lovesick waif Anderson presents him as an increasingly desperate outsider in The Master and Inherent Vice. And in his films with Gray he’s inevitably a conflicted man unable to assert himself when he most needs to do so.

Phoenix’s next director will be Woody Allen, with whom he’s just shot an as-yet-untitled feature. Allen being Allen, the details are top-secret Phoenix can’t even tell me whether the movie is a period piece or a contemporary work.

“I don’t know,” he laughs. “I don’t know about that. But I will say that he is amazing. I can definitely say he is just an amazing director to work with. I’ve been really lucky.”