Matthew Shepard's mother has devoted her life to battling homophobia 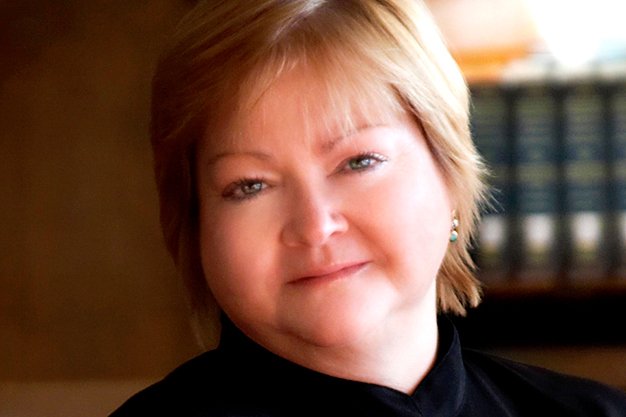 New info she got from the movie.|Matt as a leader.|On whether there's been a shift in attitudes in the U.S. towards gay rights.|On how she became an activist.

MATT SHEPARD IS A FRIEND OF MINE directed by Michele Josue. A VFRPR/Run Rabbit Run release. 89 minutes. Opens Friday (February 20) at the Carlton. For venues and times, see Movies.

Sometimes tragedy can give birth to incredible courage.

When Matthew Shepard was gay-bashed in Laramie, Wyoming, and left to die tied to a fence post, he became an inspiration for new anti-homophobia awareness.

His mother, Judy Shepard, also turned into a hero after the tragedy. She, alongside her husband, Dennis, became an influential anti-bullying activist. She’s helped launch two websites: matthewshepard.org, which represents a foundation that seeks to replace hate with compassion, and matthewsplace.com, a site where LGBTQ youth can share their stories.

The new documentary Matt Shepard Was A Friend Of Mine is designed to flesh out the portrait of her son. But it also sheds light on Judy and Dennis’s resilience and compassion.

Matthew’s parents lobbied the justice system not to execute their son’s convicted killers, not because they oppose capital punishment but because they’ve chosen to lead with their desire to forgive. They took intense flak for their decision.

“There were protesters outside the courthouse demanding the death penalty for the perpetrators,” she says on the phone from New York City, where the documentary was screening. “It was none of their damn business. It was a decision made between investigating officers, prosecuting attorney, Dennis and me.”

The response is typical of her energy, which hasn’t flagged since the murder. That’s why watching the movie didn’t drag her back to that devastating period. She’s never really left it.

“It gets more emotional every time I see it. Matt’s laughing and talking with his friends, and then the movie’s over and he’s just gone again. But both Dennis and I speak on the issues all the time, so there is no distance. It feels like it happened yesterday.”

The doc paints a complete portrait of Matthew, much like the Shepards’s 2009 book, The Meaning Of Matthew: My Son’s Murder In Laramie, And A World Transformed.

“The Matthew people were talking about, the perfect icon, was not our Matt. He was just a young man in search of his life. He had big dreams, but he also had issues. It wasn’t fair to Matt that people not know that.”

Matt as a leader.

By “issues,” Judy is referring, in part, to Matthew’s depression after he was raped in Morocco. When I gently ask if she wondered why a sexual assault survivor would walk out of a bar with strangers, she answers undefensively.

“I wondered that at the time. But then I thought back to my own college days. Everyone took rides from people they didn’t know because it was Laramie. You just trusted people to take care of you, and 99 per cent of the time you’d be right.”

Since the murder, she agrees that there has been a shift in attitudes toward gay rights in America. But only up to a point.

On whether there’s been a shift in attitudes in the U.S. towards gay rights.

“People understand that the gay community has been denied basic equal rights. But they don’t necessarily approve of public displays of affection, and that’s shocking still. The larger the city population base, the more accepting it is, but in places with no diversity based on race and religion, it hasn’t changed enough.”

On how she became an activist.

The final irony? Judy helped draft a national hate crimes law, the Matthew Shepard And James Byrd Jr. Hate Crimes Prevention Act, that extends protection to people based on their gender, disabilities and sexual orientation. States have similar laws, but Wyoming isn’t one of them.

“In Wyoming you can get married,” she allows, “but you can be fired for being gay.”