THE IMITATION GAME directed by Morten. 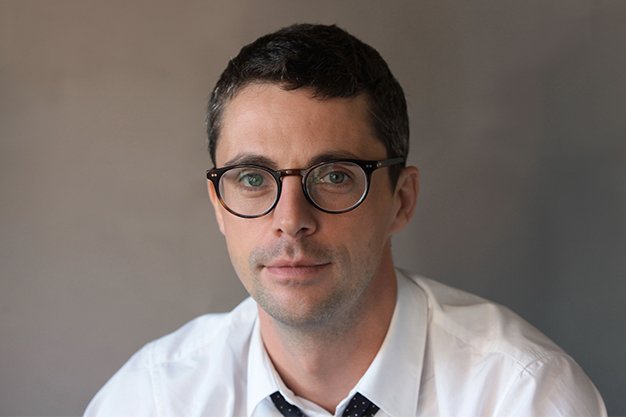 Benedict Cumberbatch is justifiably getting most of the attention for his performance as Enigma Code breaker Alan Turing in The Imitation Game. But he gets solid support from some of the UK’s best actors, many of whom play other cryptologists working in secret at Bletchley Park to crack the code and thus help end the Second World War.

For Matthew Goode, who plays Hugh Alexander, a world-class chess champion brought in to lead the Bletchley team, the role posed a challenge. How do you create a real character when so much about the man is still classified information?

“Most of us struggled to find stuff out about our characters,” says Goode during the film’s busy press day at TIFF.

“Benedict had more to draw upon, because there’s more stuff written down, but I didn’t find out a huge amount about Hugh. The remaining people who had worked at Bletchley didn’t want to talk about it. That’s amazing, because they weren’t military people they were civilians who gave up huge amounts of time and effort in their lives. Seventy years later, there’s still this spirit of its being a national secret.”

Goode’s suave, flirtatious Alexander is very different from the asocial, nearly autistic Turing, and the actor – who comes across as an extrovert in conversation – enjoyed that contrast.

“[Alexander] was a married man at the time, so I think if we’d pushed his flirtatiousness with women any further it would have looked like he was a serial philanderer,” he says. “On the other hand, I’m pretty sure that if there are bombs dropping and you think you might not make it another few months, men and women would be slightly more flirty with each other.”

One of the subplots concerns the rivalry between Alexander and Turing.

“One of the things that I like about the script is that it shows Turing to be an incredibly difficult man to get on with,” says the actor, whose popularity has soared since his appearances on the hit TV series The Good Wife.

“He won’t share. He’s not a natural leader. But it’s a testament to both of them that they worked together, and when Alan was arrested [for homosexuality], in court Hugh came down and talked on his behalf.”

Shooting the scene when the code is finally broken was an emotional high point.

“These people were living at Bletchley Park it wasn’t just their place of work,” he says. “They lived and died by the sword every day, from 6 am, when messages started coming in, until midnight, when the code was changed. That must have been so frustrating.”

So when the Enigma is finally solved, something, says Goode, passed between the two men.

Allen Leech plays another of the Bletchley team, John Cairncross, who’s got another set of motivations I won’t spoil.

Leech, best known for playing former chauffeur Tom Branson in Downton Abbey, was overjoyed at getting the role, partly because it’s such an important story to tell.

“And it’s so poignant to tell it now that Turing’s been pardoned for a crime which wasn’t really a crime in any way, shape or form: being gay,” he says.

“The movie gives information about a man who was probably one of the greatest minds we’ve ever had, and tells about the horrific way he was treated.

“A lot of people don’t know about him because he was brushed under the carpet by the British government because people were embarrassed by the fact that he was gay,” he says. “And later, we didn’t hear about him because they were embarrassed by how they treated him. But he’s one of the integral figures of the Second World War. And because he invented the modern computer, he’s influenced everything” – he holds up his phone, points to my digital recorder – “around us.”

Goode on how he’s enjoying being in TV’s The Good Wife.

Allen Leech on how Downton Abbey has changed his life.