If you're looking for film ideas, just pick up an Indian newspaper, says director 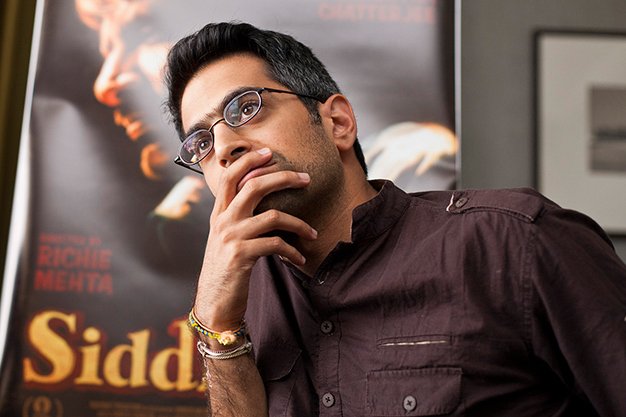 On how he’s not Deepa Mehta’s little brother.

Richie Mehta has a very complicated relationship with Bollywood. The Mississauga-raised writer/director of Punjabi descent consumed plenty from India’s song-and-dance factory as a child, but fell out of love with it in the late 80s and early 90s.

“I felt at that point it had lost a lot of the heart that I loved when I was a kid,” Mehta – no relation to filmmaker Deepa – explains. “Some movies come out once in a while that really surprise me, like Lagaan. The people are capable of doing compelling movies that have strong heart. Do they do that often? No. I think it’s extremely market-driven.”

We’re discussing Indian cinema in all its forms in a Toronto hotel during TIFF 2013 and how Mehta’s own film, Siddharth, will join that conversation.

The austere tragedy follows a chain-wallah travelling across India searching for his missing son, hoping the child has not become yet another victim of child traffickers. The harrowing tale is inspired by a rickshaw driver Mehta met in Delhi who couldn’t find his son. The illiterate man didn’t know the spelling of the boy’s name or have a photograph, since cameras were a luxury he couldn’t afford.

The moving and eye-opening story is just one among many in India that Mehta says need to be heard.

“I always say if you’re out of ideas for a film, read an Indian newspaper and you’ll have about a hundred.”

Yet like Hollywood and its audience, Bollywood has traditionally been reluctant to engage with social issues, instead steering into fantasy. The disconnect from reality is felt on the streets, where rickety rickshaws are adorned with glossy posters of Bollywood stars, and massive speakers blast the latest movie soundtracks.

“What draws me so much to the world of Bollywood is how influential it is,” says Mehta.

“People there watch those movies. They listen, pay attention and model their lives after them. I’m not a Marxist, but there are ways to effect positive change in a place that really needs it from an ideological standpoint. You are able to do that with these films because they penetrate. And it doesn’t mean you have to do that all the time, because the films are entertaining first. [Indian filmmakers] could be more mindful of the power of what they are able to do, but they aren’t, by and large.”

There is an independent scene in India, but I have to agree with Mehta that, from what we’ve seen, it has yet to mature. As he suggests, the films that have trickled over, like I.D. and Ship Of Theseus, often seem reactionary.

“There are things in the [Indian indie] films that I love and things I find alienating,” he says. “It’s filmmakers reacting against Bollywood rather than just saying ‘This is the purest way for me to express myself.’ ”

On how his first trip to India really messed him up.

On capturing India in the background of Siddharth.

On how he ended up making films about India.

On how he shot in India without drawing incidents.