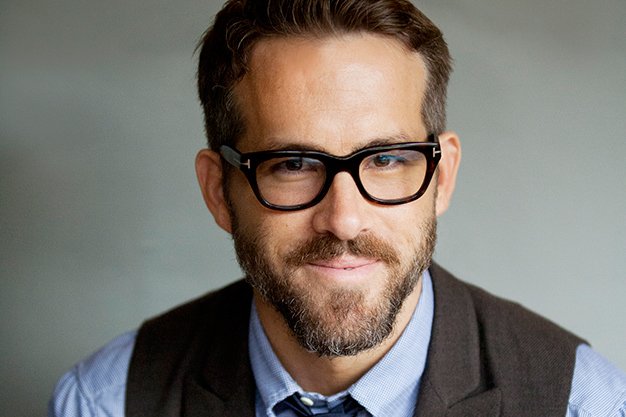 The last time Ryan Reynolds came to TIFF, it was in support of Buried, the one-man thriller where he spent the entire movie locked in a coffin as a kidnapped civilian contractor in Iraq.

Four years later, he’s back with The Voices, in which he plays a bright-eyed employee at a Middle-American toilet factory whose chipper personality masks some very serious problems.

It’s a role that, like Buried, is worlds away from the usual “Ryan Reynolds” part – the version of his public persona that we see in action movies and romantic comedies. Sitting down with him again, I have to tell him – with all due respect – that he’s a lot more interesting when he’s not himself.

“Oh, yeah,” he laughs. “Thank you! I’ve been exhausted being Ryan Reynolds.”

“Yeah, we all have our own kind of artifice and tricks that we use to kind of get through the day,” he continues. “When you’re using those in your work, after a while it gets tedious. I love doing character work. It’s my favourite thing, but they’re not easy jobs for me to get. It’s much easier for me to get a job intermittently clenching my jaw muscles and shooting people than it is to get a job playing a faceted character like Jerry.”

Among the facets to which Reynolds is alluding: Jerry’s pets, Bosco and Mr. Whiskers, talk to him. And Mr. Whiskers keeps telling him to murder people.

“You’re challenging an audience to feel for somebody who’s doing things that are really quite despicable,” he says. “But therein lies the challenge, and therein lies the reason to do the movie, because it’s a very difficult space to fill.”

Michael R. Perry’s script locks us almost entirely into Jerry’s perspective, forcing us to empathize with him. The amount of control involved in making this work is frankly staggering – and much of the movie simply comes down to how Reynolds handles himself in a given moment.

“I always thought that if Jerry even shows one facial expression of menace, you lose the audience,” he says. “He’s a guy walking a very delicate tightrope between protagonist and antagonist, good and bad. And he has this unbelievable wellspring of darkness that bubbles up within him. It’s something he can’t control.

Reynolds is leery of taking credit for the impact of his performance, insisting that most of it goes to director Marjane Satrapi, whom he says he was willing to chase to the ends of the earth for an audition.

“Like, I said I’d fly to wherever she is, and she happened to be in New York,” he says. “We met, and I didn’t think she’d ever in a million years hire me for this role. And I came in with this whole prepped take on Jerry and why I feel like I’m the guy to do it.

“Somehow I tricked her into getting behind that,” he laughs. “By the end we were hugging and shaking hands.”

Reynolds on finding a way to empathize with Jerry.

Reynolds on the advantage of creating an American location in Berlin.