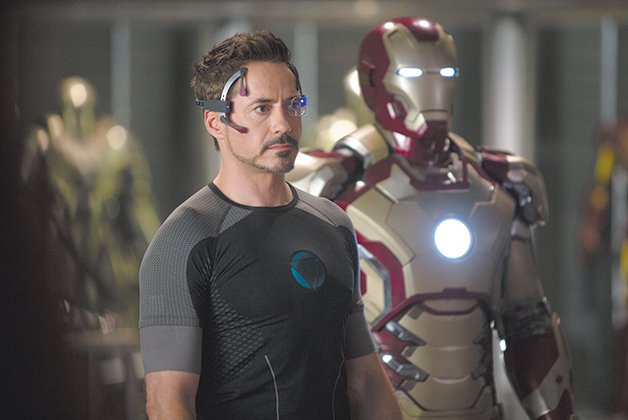 Iron Man 3 proves two things in very short order: even after The Avengers, there’s still a way to tell compelling, involving stories about the individual members of that illustrious supergroup, and Shane Black is the best director Robert Downey Jr. has ever had.

The writer/director of Kiss Kiss Bang Bang – which started the comeback that landed Downey in Tony Stark’s metal boxers five years ago – has replaced Jon Favreau at the helm, and the result is the best Marvel superhero movie to come out of the Avengers initiative yet.

Co-written by Black and Drew Pearce, Iron Man 3 is about what happens to Tony Stark after his glimpse of a bigger universe in The Avengers. After battling aliens alongside a super-soldier, a god and a hulk, he’s had to confront the fact that he’s just a guy in a really cool suit. Add an entirely understandable case of PTSD and Tony’s a wreck. So naturally, it’s the perfect time for an anti-American terrorist calling himself The Mandarin (Ben Kingsley) to start operating in Stark’s home base of Los Angeles.

Throw in Stark’s ever-complicated relationship with Pepper Potts (Gwyneth Paltrow, still enjoying herself) and his histories with a formerly nerdy scientist (Guy Pearce) and a geneticist (Rebecca Hall) whose work with plants was just the first step in something much more explosive and you’ve got an awful lot of stuff swirling around – the same sort of busy-busy plot that made the last Iron Man a bit of a slog.

In Iron Man 3, Black not only keeps all his narrative balls in the air, but makes it look effortless, tying valid character development to visually engaging, genuinely thrilling action sequences that use 3D for depth and scale instead of bombast. The bombast comes in the ingenious uses of the Iron Man armour, both as a full suit and in pieces: Iron Man 3 is what happens when you ask the effects teams what they’d like to do this time around.

As for the man in the suit, Downey’s always worn the snappish, self-absorbed character of Tony Stark like a second skin, but Black lets the personae fuse a little more. Stark Mark III is sharper, angrier, a little more scared. It looks good on him.