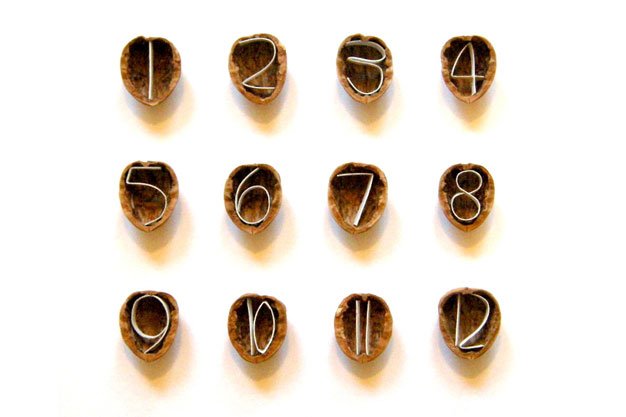 In Michael Bownesss 12th Of Never

This portrait (or, rather, portraits) of Maggs, a long-time associate and friend, bears witness to a lifelong practice of making subtle assemblages and sculptural objects that wear their whimsy gracefully.

Bowness subjects organic objects from around Toronto to contextual sleight of hand.

He positions water-worn bricks fished out of lake Ontario with bits of wire, morphing them into odd little proto-animals. Fallen from a 19th-century foundry long since demolished, the bricks also speak to the creative repurposing that drives the ecology of the city.

The walnut shell series makes up half the show, the objects in wall-mounted glass cases bringing Joseph Cornell’s dream boxes to mind. In 12th Of Never, crisp hand-twisted paper numbers nestle in individual shells. It’s both cryptic and formally precise, taking us back to a point where number intersects with figuration.

In Beaver Lodge, inverted shells stand in for the fat bodies of beavers swimming on a printed blue lake. It’s a scene that borrows heavily from the artsy-crafty chic of the DIY 70s, serving as an aesthetic time capsule. It’s also strangely pleasing and unmistakably Canadian.

The show’s modest scale means these tiny, carefully constructed objects are easy to miss. On further scrutiny, however, they’re impossible to overlook.