Is John Tory for real?

Maybe he's matured and he's not the same guy who used to be led around by his nose by his backroom buddies, but on too many occasions during this campaign Tory has played the politics of convenience 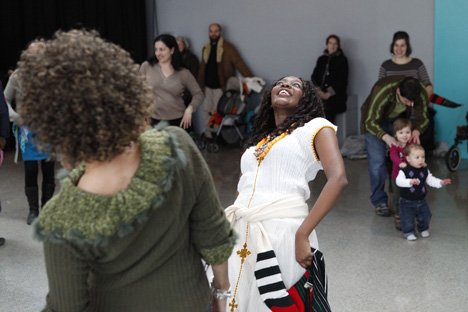 The editorial boards of the city’s four major daily newspapers have declared it. The pollsters have been predicting it for weeks, even months. Barring a tectonic shift of sizable proportions, John Tory will be the next mayor of Toronto come October 28.

If Rob Ford’s improbable win in 2010 was a perfect storm out of nowhere, then a Tory victory will mark a return to the old days of Bay Street calling the shots when it comes to who occupies the mayor’s chair. It all has a very familiar whiff of when guys like Paul Godfrey, the current Postmedia CEO and former Metro council chair, and lobbyists and kingmakers ordained who would run the show at City Hall. Ford’s win broke that mold. And David Miller’s before him to a lesser extent.

The list of endorsements numbering in the dozens includes half the sitting members of city council, and practically every member of Toronto’s Liberal caucus at Queen’s Park.

From a purely strategic point of view, the Tory campaign has been a thing of beauty to watch, if the candidate himself has been a little over packaged. Tory was kept on a short leash. But save for the odd sideways remark, like his willful blindness on the question of white privilege during a debate in the Jane-Finch area, one of the city’s most have-not neighbourhoods, none of the fuck ups that have caused Tory to spiral and crash in the past materialized.

Many hours were spent honing the message. And preparing responses to questions his campaign knew would come. That circular way of Tory’s talking that made him come across as indecisive, was coached out of him. And those informal coffee meetings held throughout the campaign in backyards across the city to sell a more personable Tory have worked like a charm, save for a few queer stories from some in attendance about one thing he said or another.

Arguably, this contest was cooked and salted back in the summer when the rival campaigns were lulled into a false sense of security that voters weren’t paying attention. On the contrary, the team behind Tory wanted their candidate in first in the polls before folks headed off to the cottage for their summer vacation. There was the loser label to think about. And the last thing they needed was for doubts to start creeping into the heads of campaign volunteers and voters alike about whether Tory could win. Mission accomplished, helped by the fact that the rival Olivia Chow campaign seemed to take the summer off while the imagined dragon to slay, Rob Ford, was in rehab. The left’s standard-bearer in 2010, Joe Pantalone, made the same mistake. Maybe it’s just a coincidence, but Chow campaign manager John Laschinger was also the guy calling the shots back then.

That’s not to say there weren’t gaps in Tory’s platform to exploit, on his support for the Scarborough stubway to nowhere, for example, and on SmartTrack, his signature transit plan for surface rail, which will probably cost $2 billion more than previously advertised.

But by the time Labour Day rolled around, it was too late. Tory had become the consensus choice in the public’s mind as the only candidate who could beat Ford.

And then there’s waterfront development and the touchy question of Porter Airlines’s proposed expansion of the Island airport runway to allow jets. On that Tory has been, well, evasive.

His son has a direct financial interest in airport expansion, being the CEO of an airline that operates out of the airport. He’s also a registered lobbyist with the city. To cloud the issue further, this week Tory endorsed council candidate Christin Carmichael Greb in Eglinton-Lawrence, which wouldn’t necessarily be noteworthy except for the fact that Carmichael Greb, who supports Island airport expansion, also happens to be a business analyst for Bombardier Aerospace, the company that will be supplying the planes for Porter’s plan.

Carmichael Greb is also being endorsed by Conservative Transportation Minister Lisa Raitt, with whom the ultimate decision rests to reopen the Tripartite Agreement to allow jets to fly out of the Island airport. Raitt is also the former chair of the Toronto Port Authority, which oversees the airport’s operations.

To complicate appearances further, Vic Gupta, Tory’s deputy campaign manager during it his unsuccessful 2003 mayoral bid, is a senior counsel at Sussex Strategy Group, the lobbying firm with its tentacles spread far and wide on the Island airport expansion file at City Hall. Tory hasn’t yet taken up the mayor’s chair and already it’s looking like he’s making moves.

Given the chance, Tory hasn’t exactly put questions to rest on how he’d handle his apparent conflict on the issue. He has only committed to asking the integrity commissioner for advice.

Earlier this week, the Olivia Chow camp issued a statement with a headline that on its face appeared to make an obvious point: “The real John Tory is conservative.” The message implicit in that is that Tory is Rob Ford in sheep’s clothing. Certainly on the Sheppard subway and those efficiencies Tory claims he can still find at City Hall when all evidence is to the contrary, Tory has played the politics of convenience so as not alienate voters in his conservative base.

What kind of a conservative is John Tory? Compared to the horde once led by Tim Hudak at Queen’s Park, and the HaperCons in Ottawa, Tory walks and talks more like a Liberal these days.

As the head of CivicAction, he pushed a number of progressive causes including, shock and horror, revenue tools for transit. His successor at CivicAction, Mitzie Hunter, is a Liberal cabinet minister.

But at times during this campaign, too many times quite frankly, he has conducted himself like the consummate backroom boy that he used to be, cutting and running out of debates at the 11th hour on occasions where his handlers calculated there were no votes to be won. Perhaps those occasions can be chalked up to the cut and thrust of politics. His campaign co-chair, Allison, certainly understands a thing or two about retail politics, that Kouvalis guy, too.

Tory has reminded us during the campaign that he’s 60 and he’s running for mayor not for any reason other than he wants to be of public service. It’s been a subtle refrain at debates. Maybe Tory has matured. Maybe he’s no longer a push over. Maybe he’s not the same guy who used be led around by his nose by his backroom buddies. And maybe his friend, Premier Kathleen Wynne, to whom he will owe what seems like certain victory, will keep him in line.

The newspaper editorials endorsing him for mayor have drifted over some variation on the theme that Tory is the best candidate to move the city forward. How “forward” is defined is another matter. In the Tory context that seems to mean getting back to normalcy after four hellacious Ford years more than it does aspiring to something bigger. According to public opinion polls, that seems to be enough. We’ll know for sure after election day Monday.