NOW MagazineNewsIs Tom Mulcair hiding in the weeds on pot?

Is Tom Mulcair hiding in the weeds on pot?

The NDP says they'll decriminalize for small amounts, but won't commit to legalizing marijuana if elected 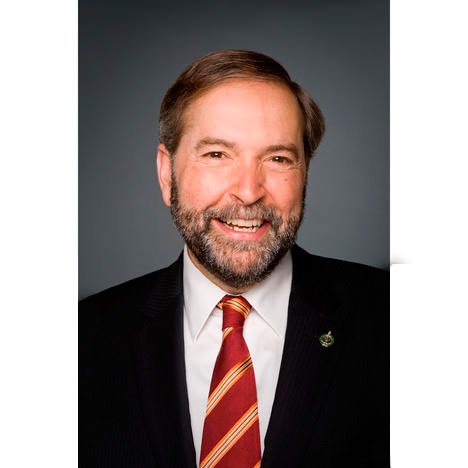 Thomas Mulcair has promised to decriminalize marijuana for small amounts “the minute we form government.” He made the announcement during a campaign stop in Vancouver on August 20.

But the NDP brain trust is not going to dirty its hands with the weedy subject of outright marijuana legalization, which the Liberals have pledged.

During its time in opposition, near daily fundraising emails highlighted the NDP’s legislative efforts in Parliament, but none was about pot reform, or even medpot!

And that’s strange because several New Democrat MPs spoke intelligently in the House of Commons about taxation and regulation during a June debate on the Standing Committee on Health report Marijuana’s Health Risks And Harms.

The NDP members of the committee, including former deputy leader Libby Davies, drafted a minority report. It recommends an independent commission “to consult Canadians on all aspects of the non-medical use of marijuana and to provide guidance to Parliament on the institution of an appropriate regulatory regime to govern such use.” There’s even a suggestion that some cities could have a different regulatory approach than others.

When asked about doobies during his VanCity whistle stop, Mulcair didn’t bring up the NDP report, but Toronto candidates assure me it’s party policy. Mulcair would only promise to immediately decriminalize pot for “personal use,” which could still mean issuing tickets to tokers. The Canadian Association of Chiefs of Police – arguably closet Conservative supporters – passed a resolution in 2013 in favour of issuing tickets for small amounts of weed. But that would still be left up to an officer’s discretion and require changing legislation. Under the Controlled Substances Act simple possession of marijuana is 30 grams or less.

During his West Coast swing, Mulcair also promised to hire 2,500 more frontline police officers at a cost of $250 million.

Mulcair used Surrey, BC, the scene of drug-related gunfire on August 22, as a backdrop for his police funding announcement, but more cops isn’t a new promise. Jack Layton campaigned on hiring more police, also in Surrey, back in 2011.

The NDP’s stated goal is reducing street violence and organized crime, but experience shows that increased police enforcement tends to exacerbate the violence associated with the drug trade, according to the Toronto-based International Centre for Science in Drug Policy, which recently issued a report debunking a number of marijuana myths.

The NDP’s stand on marijuana is frustrating for long-time grassroots activists, particularly in BC, where pot is not only a multi-billion-dollar industry but also a significant vote getter.

“I don’t like seeing that stuff,” says Dana Larsen, a former NDP candidate who was dumped by the party in 2008 after a video appeared on YouTube of Larsen perhaps enjoying himself a little too much while smoking weed. Back then, Larsen’s former employer, Marc Emery (yes, the Prince of Pot), accused the NDP of knuckling under to the Conservatives’ propaganda war on pot.

But Larsen remains optimistic. As head of End Prohibition, he has strenuously lobbied the party to adopt drug policies based on science. “If we pressure them, an NDP government will do what we want. They will be progressive,” he says.

“They’ve said all the right things in the House of Commons,” says Larsen.

My rep, NDP MP Andrew Cash, has spoken out on the party’s opposition to mandatory minimum sentences. But while the party studies marijuana regulation, its position risks putting more non-violent people in prison for pot since offences for trafficking, possession for the purpose of trafficking, and prodution of marijuana plants currently carry mandatory minimum sentences of six months to a year. Justices are currently doling out mandatory six-month jail sentences for growing as few as six plants on a balcony.

Canadians are ready for an NDP government to create an appropriate regulatory approach to legalized marijuana. It’d be awesome to hear Mulcair publicly say as much.