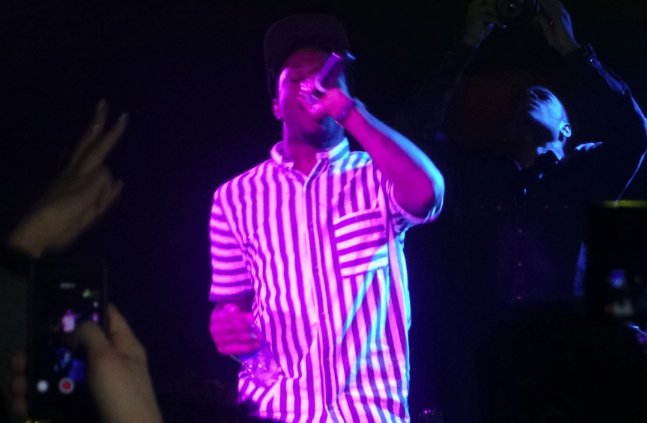 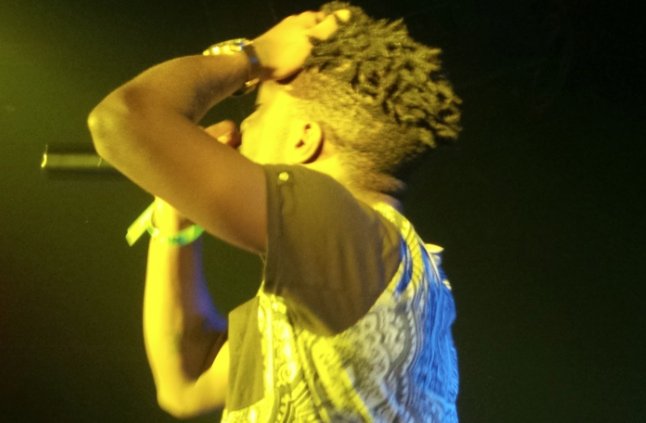 Toronto hip-hop fans will be kicking themselves in a year. When Isaiah Rashad is no longer the Top Dawg Entertainment rookie and he’s playing the Danforth Music Hall or the Molson Amphitheatre and not an intimate Queen West club such as Tattoo (formerly the Rock Parlour, currently home to cool rap and R&B shows).

The venue was definitely full, but there was room to squish in a few more bodies for the Chattanoogan’s first trip north of the border. (You missed out, is what I’m trying to say.)

Rashad was jubilant throughout his hour-long set, clearly in that beautiful, fleeting, honeymoon zone where fame is still an awe-striking novelty. A natural spitter, his flow translates well to the live arena, and is more decipherable than his charming, Southern accented speaking voice, which he used to describe life in “the Chat” and being the latest TDE signee.

Kicking off with Hereditary, Rashad hit all the high notes from his January debut, Cilvia Demo, including, of course, the standout Soliloquy with its eerie, ear-worm piano loop. The night had a casual, off-the-cuff vibe, which isn’t bad, especially in a small venue. But it’s exciting to think of what this could be in a year’s time, with visuals and a deeper catalogue. (Also: wouldn’t it be awesome if someone was sitting at a piano for a DJ-less performance of Soliloquy and Rashad’s other piano-driven stunner Tranquility? We can dream.)

Earlier, local grime emcee Tre Mission had the room in the palm of his outstretched hand. Over sputtering drum ‘n’ bass beats we got brand new joints from his forthcoming album (all signs point to it being good) plus the best of his latest release Malmaison (High Fashion, Come Right Back). Is there a more perfect song to perform live than Flashlight Whoa? Maybe not.

Rashad was the main draw, definitely. But given the two artists’ divergent styles, and Tre’s hometown advantage, and the audience’s obvious familiarity with Tre’s songs, it felt more like a double bill and less like he was the supporting act.