Islands at the Horseshoe 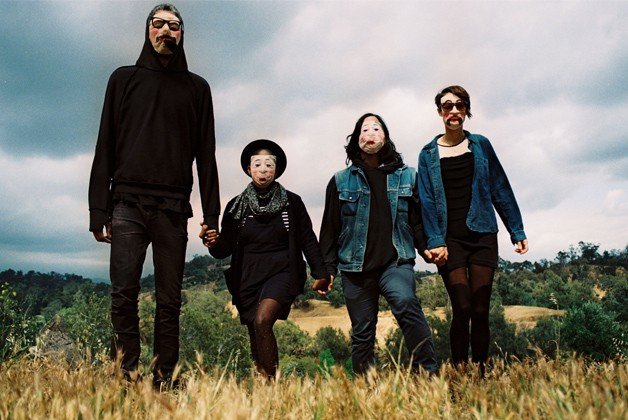 “You guys are all just so cute,” Nick Thorburn gushed to the packed, sweaty Horsehoe crowd. “I hate how much I love you.”

What a contrast to when he co-fronted the Unicorns (RIP). Then, it would have been ordinary for Thorburn to heckle uncouth concertgoers, even kicking out the most unruly. This new, softer, happier side was on full display during Islands’ hour-long set, comprised of both new and old songs, and punctuated by more tender proclamations about how happy he was to be in Toronto.

The set opened with a singalong of hits from the latest album, Ski Mask, followed by fan favourites Don’t Call Me Whitney, Bobby and Swans (Life After Death), both from Islands’ 2006 debut, Return to the Sea. None of the current lineup was around during that first album, but you wouldn’t have known. The four-piece jived like a well-oiled machine, with Thorburn at times forgoing his guitar to strut across the stage – mic theatrically in tow.

More than anything, the concert showed the devotion of Islands fans, who were equally excited to hear an unreleased track as they were the oldies. Not a heckler in sight.