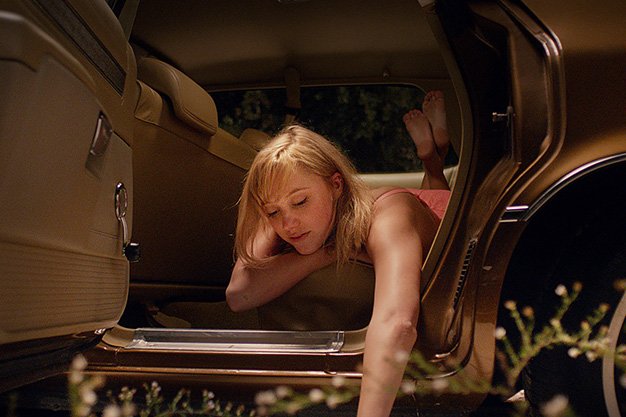 Maika Monroe displayed "deep vulnerability" during her It Follows audition.

David Robert Mitchell, director of the thoughtful teen drama The Myth Of The American Sleepover, makes a radical genre shift – and seriously ups his game – with this high-concept nail-biter about 19-year-old Jay (Maika Monroe), whose new boyfriend infects her with a sexually transmitted demon that will stalk and kill her unless she passes the curse along to someone else.

It’s a metaphor worthy of early Cronenberg, and the movie runs with it, building unnerving tension with long takes of mundane activity that aren’t interrupted so much as invaded by something walking into the frame.

Monroe is fantastic in the lead, showing us Jay’s evolution from skeptic to believer to calculating survivor, and Mitchell has thought his monster through to the last detail, teaching us the rules as we go and letting his characters be as smart as the menace they face.