IT'S NOT U IT'S ME with CLAUDE YOUNG, DJ STINGRAY, RICK WILHITE, VOLVOX, AVALON EMERSON, GINGY, CL, BRIGITTE BARDON'T AND. 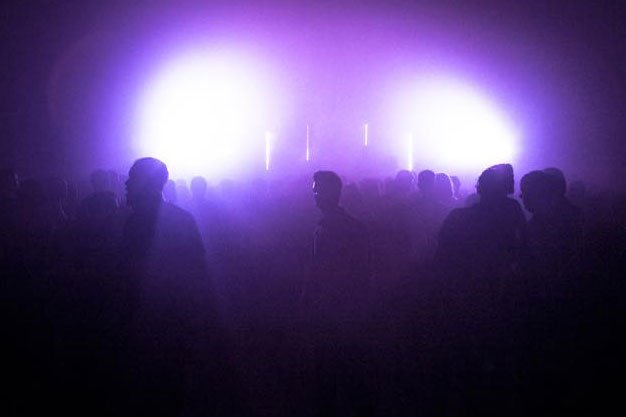 A group of dance music promoters and DJs are hoping to raise the profile of Toronto’s underground electronic scene with a summer party series at the Power Plant.

On Saturday, the 88-member-strong collective It’s Not U It’s Me takes over the waterfront contemporary art gallery’s terrace and three-storey Harbourfront Centre Theatre for 13 hours of music, audio-visual performance art and sculptural installations.

The idea is modelled after the party series Warm Up that’s taken place in the courtyard of New York’s MOMA PS1 for 19 years. For the Power Plant’s inaugural event, It’s Not U It’s Me brings in Detroit techno luminaries Claude Young, DJ Stingray and Rick Wilhite as well as Brooklyn’s Volvox and Berlin-based DJ Avalon Emerson. Two more events take place July 30 and August 20.

“We were sick of the DJ-in-a-venue paradigm that pervades Toronto,” says organizer Brian Wong (aka Gingy). “We wanted to do something that’s a bit more of a story.”

Wong, who started Its Not U Its Me with ping-pong clubhouse SPiN Toronto founder Ryan Fisher, has noticed a shift toward smaller (50-to-200-person capacity) dance parties.

Although the city has mainstream events like Digital Dreams and Veld and commercial clubs Uniun and Coda, the underground scene has largely retreated to small bars and after-hours spaces since the promoters behind the Foundry music series packed up after two years in order to concentrate on running a restaurant.

Its Not U Its Me hopes to fill that void and build up talent and infrastructure that will put Toronto on the radar of global dance music tastemakers.

The lack of mid-sized parties means crowds often end up staying within their bubbles, explains Wong. People stay comfortable, and the lack of diverse, long-form dance floor experiences maintains an echo chamber effect, keeping people from drawing the connections between scenes and remembering the bigger picture.

In addition to the Power Plant summer series, Its Not U Its Me has been organizing larger events in non-traditional spaces, like the Sanctuary Party with British DJ Paula Temple at Sts Cyril & Methody Orthodox Church in May and the dance music portion of DIY promoter Long Winters Galleria Mall takeover in January.

In April, the group also hosted a workshop at the Small World Music Centre in Artscape Youngplace with Berlin techno producer Objekt, who broke down his track Ganzfeld, Resident Advisors number-one song of the year in 2014.

Its really hard to be an underground techno DJ in Toronto, says Wong. Everything is in Europe. You dont get many gigs. Were trying to create lower barriers of entry.

Meanwhile, the Power Plant sees the summer series as a chance to grow its audience.

The gallery has its annual Powerball fundraiser and has hosted opening parties with DJs over the years but has so far resisted joining the Art Gallery of Ontario and the Royal Ontario Museum on the party-in-a-cultural-institution circuit.

Im not interested in turning the gallery into a club, says Power Plant director Gaetane Verna. What Im really interested in is how do we cross-pollinate different audiences and introduce them to different forms of art?

Verna feels Its Not U Its Me is the right partner with the right goals to be accessible and inclusive and will bring in an audience receptive to the gallerys programming. The Power Plant kicked off its summer season in June with exhibitions by two German artists, a solo show by Franz Erhard Walther and a film and installation by Ulla von Brandenburg.

Im not looking at this as a money-making endeavour, adds Verna. Im looking at it from a content and outreach perspective engaging people who may not think their interest in music fits with their possible interests in visual art.

Between the 2014-15 season and the 2015-16 season, the Power Plants attendance numbers shot up from 45,000 to 75,000. Verna attributes the jump to increased outreach to students and artists as well as last years Nuit Blanche, which brought 10,000 people through the door.

If five people come back in November and say, We came this summer for Its Not U Its Me, thats a win.

electronic music It's Not U It's Me The Power Plant