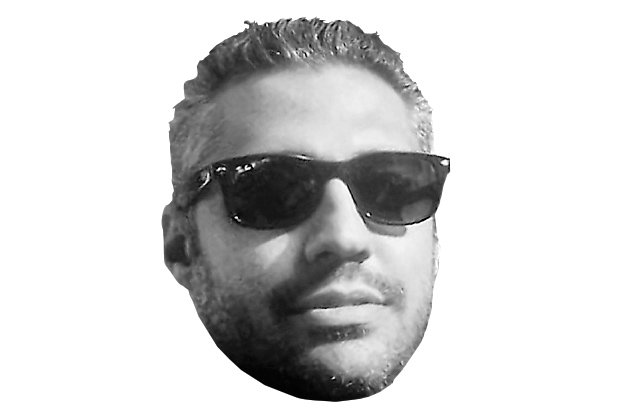 Although a judge recently ordered proper care for his fractured arm, his mobility remains limited and his renewed request for transfer to a hospital at the April 22 hearing was denied.

Baird met with his Egyptian counterpart to discuss concerns about Fahmy’s medical needs and spoke with his family about the importance of a timely trial, but he did not call for his release, unlike the U.S. and Australian governments that have advocated for the release of Australian Peter Greste and Egyptian Baher Mohamed arrested with Fahmy.

Together they are accused of “spreading false news” and “belonging to a terrorist group” after reporting on the military ouster of Egypt’s Muslim Brotherhood president Mohamed Morsi last year.

Fahmy, now the most outspoken of the three on trial, called out to the media from his steel-caged prisoner’s box about the injustice of the trial during a recess in Tuesday’s hearing. The prosecution presented the core of its case, showing interviews with and photos of student activists, Muslim Brotherhood members and leftists from b-roll footage of the Cairo demonstrations interspersed with audio from unintelligible phone calls.

Fahmy expressed frustration with the Arabic translation in the courtroom, saying it was not correct. “They are translating the answers, not the questions,” he said, explaining that the prosecution is making Al Jazeera journalists look responsible for how people responded to their questions.

“This evidence was against journalism,” he said wryly.

The prosecution gave little explanation of its evidence.

Shouting questions over a line of police while the accused yell back answers has been the only way for the media to communicate with those on trial.

Fahmy has called for someone to answer for the time they’ve spent in prison. “Our innocence is not enough,” he cried out when all three accused were again denied bail on April 10.

Throughout the trial, prosecutors have struggled to connect the Al Jazeera journalists with the Brotherhood. Adel Fahmy notes that his brother Mohamed was supportive of the anti-Morsi protests the military saw as justification for the July 3 coup led by General Abdel Fattah el-Sisi.

And now the Brotherhood label is being applied too broadly. According to the Center for Economic and Social Rights in Egypt, connection to the Brotherhood has been used to justify the killing of more than 1,400 people and, according to the Egyptian ministry of the interior, the jailing of at least 16,000 since July. The Egyptian Initiative for Personal Rights, a local human rights group, says that number is closer to 20,000, yet Baird ignored human rights violations during his visit.

Judges pass mass death sentences, deny that abuse has taken place and deprive prisoners of the ability to defend themselves, while deeming irrelevant “evidence” legitimate proof. Still, the theatre of the absurd is lost on many Egyptians.

On the streets of Cairo, people accuse Fahmy and his Al Jazeera colleagues of being part of an unlikely coalition of foreign journalists and Islamists working together to destabilize the country.

Such beliefs have not only thwarted the national discussion started by the 2011 uprising but have also become politically instrumental in General el-Sisi’s march to the presidency.

“Al Jazeera. Fuck them!” says Mohammad Sadiq, a businessman standing inside his small, cluttered rug shop in Cairo. He believes only Sisi can help the country’s stagnating economy and bring peace to the region. “The January [2011] revolution is a part of history. We need a strong leader,” he says.

Now those desperate to relegate the revolution to history while turning back the clock are the ones holding the keys to Fahmy’s cell.

During a haphazard press conference at the end of the March 25 hearing, Fahmy was overcome with emotion. “Why isn’t the Canadian government taking a stronger stand?” he yelled to reporters. “We don’t know what they’re waiting for.”

The case has been adjourned until May 3, and no bail has been granted.

Jesse Rosenfeld is a freelance journalist currently based in Cairo.