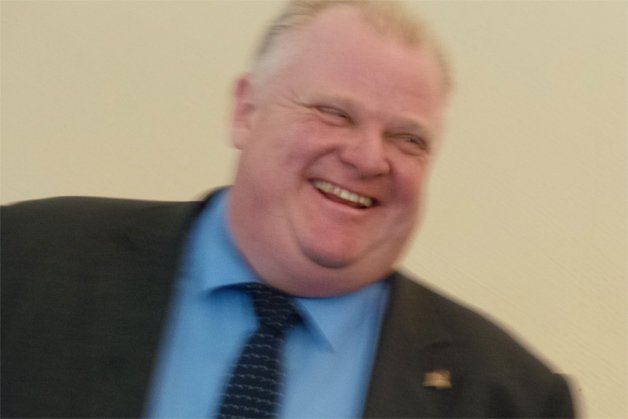 The police investigation into Mayor Rob Ford appears to be over for now. The OPP has pretty much washed their hands of it. And while Toronto police insist Project Brazen 2 is “ongoing,” they haven’t clarified whether they continue to actively dig or have placed it on a back burner for the foreseeable future, pending further breaks in the case.

Respected criminal and constitutional lawyer Clayton Ruby, who litigated the conflict of interest application against Ford, has been highly critical of the way police have handled the investigation.

In light of Thursday’s developments – the release of new documents failing to directly implicate Ford and the sudden ambiguity around the state of the probe – we called up Ruby for this thoughts. (This interview has been lightly edited.)

Is it surprising to you that things seem to have stalled without any charges?

I don’t understand it, actually, I just glanced at it. It seems to me that Ford was originally the victim of extortion and then allegedly put Lisi on them to extort in return. I don’t know why they should be fighting about this.

Yeah, that was Thursday’s early Toronto Star story. And now what seems to be dribbling out via various outlets citing unnamed sources is that the investigation has stalled overall and that no charges will be coming. Are you surprised that there haven’t been charges laid by now?

No, but the fault for that is Chief Blair’s original decision to watch the hand-to-hand transactions involving crack cocaine, presumably, and never seize a sample. Which left the Toronto Police without a criminal charge to lay against Ford. They gave him a free pass.

Because presumably they were after a larger charge. Do you think that was…

That’s what they say. It’s bullshit. You take the sample, and you continue the investigation. The sample’s sitting in his car or wherever they watch it be deposited by the alleged dealer, Lisi. You seize the sample, you close the package, and you continue watching to see whatever other evidence you can get. So this idea that they didn’t seize it because they were working on bigger things is just nonsense.

In any long-term gang investigation, they seize samples. It is inexplicable why they did not in this case. Any black kid trafficking in drugs, or being trafficked to, gets his drugs seized with an ongoing police investigation. Or sampled. They’re very good at seizing samples.

How do they do that typically?

Oh, show up with a pin. Shove a pin into the package and the remnants get analyzed.

You think they made a deliberate decision to not do that?

Their search warrant materials make it clear they made a deliberate decision not to do that.

Why do you think that was?

I think it’s inexplicable. Any black kid in this circumstance would’ve been arrested or had a sample taken – without any doubt.

Why do you think the police didn’t put a wiretap on the mayor?

I don’t know that they didn’t. If they didn’t, that’s – again – inexplicable.

What sort of evidence do you think they were looking for in this case?

I thought they were looking for drugs and then to see where that led, if anything.

My reading of it is that they were hoping to eventually find something linking him to the extortion efforts and potentially the violence that may have stemmed from that.

They’ve talked about that, but it’s not clear that they ever had a chance of doing that.

So you think they were chasing something that was likely to be out of their reach the whole time?

Deliberately put out of their reach. The mayor using drugs is a legitimate investigation on its own. They deliberately chose not to seize the evidence. Not to gather the evidence they could have used in a prosecution years or months later.

When you were making similar statements a few months ago, I was more skeptical, thinking, “Well of course they’re chasing after something big at the end.” And now today, it appears they didn’t end up finding the evidence they were looking for to substantiate larger charges, and therefore really did let many other things slip. It seems to be a significant embarrassment. Do you think that was the result of specific tactical decisions or mistakes?

Do you think that they deliberately limited themselves or that they just made some errors in judgment?

I can’t tell you whether this is corrupt or stupid. But it’s ineffective. You watch the evidence wander away without taking a sample. They take samples routinely, every day in investigations.

How does this leave you feeling today?

The police investigation has once again proved to be a big zero.