Its way bigger than Ghomeshi

Lets stop talking about Jian Ghomeshi.Weve got to. The sexual abuse scandal involving the disgraced radio host reveals something that. 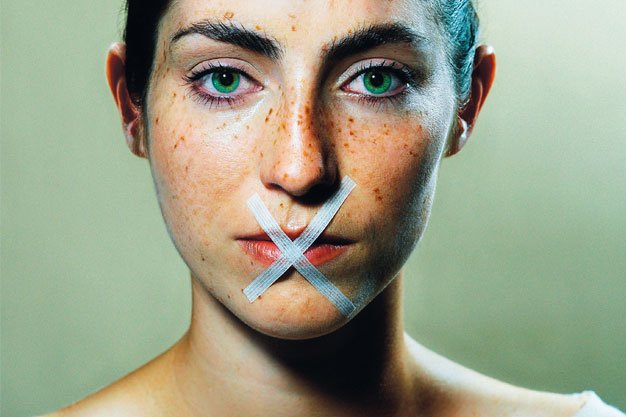 Weve got to. The sexual abuse scandal involving the disgraced radio host reveals something that goes far beyond the walls of the CBC, and we wont be able to do anything about it until we talk openly about why the crisis runs so deep.

As the story began trending last week, I asked every woman I knew whether she had her own story about being harassed. Every single one said yes.

If she was elderly she was a target because she was vulnerable. If she was young and proud of her body, she was too uppity. If she was showing cleavage, she was asking for it. If she was a lesbian, the harasser wanted to show her what she needed. Young, old, straight, queer, drop dead gorgeous, not so much were all targets.

That in itself doesnt surprise me. Im familiar with Diana Russells statistics showing that fully 93 per cent of women will experience some form of abuse or harassment in their lifetime.

And I already know how few women use victims services or report to police, and how the justice system fails over 90 per cent of those few wo-men who do press charges.

Whats blown me away throughout the Ghomeshi drama is how many of us have been groped, grabbed and harassed on the street, at a party, on the job at a demonstration, for Christs sake without reacting at all in the moment.

If were sitting beside a famous media personality at a dinner party and he shoves his hand up our skirt, we dont elbow him in the nuts and holler, Get your hands off me! We tend not to yell, shove or, god forbid, strike back physically. Its almost as if were hard-wired not to.

But were not hard-wired. Were groomed to be silent and submissive. We are pinkified from day one.

I remember asking for a blanket from the nurses station when my daughter was born, and throwing the attendant there for a loop.

Its a cold baby, I replied. Can I have a blanket, please? I asked again, knowing full well she wanted to know the babys gender so she could colour-code the blanket. My daughter was 11 minutes old.

Try getting out of that colour paradigm at a childrens store. Clerks cant even begin to recommend a clothing item or a toy without knowing the gender of the child were buying for. We talk to girl toddlers with that squeaky little cutesy voice, and shake hands with a male two-year old with a hearty Hiya, buddy.

At a media literacy class I was teaching to 12-year-old girls several years ago, I asked how many of them had ever been on a diet. Half put up their hands. They were starving themselves, seriously messing with their bodies, actively weakening them, before they had even had their first period. Who taught them to be fat-phobic before theyd reached puberty?

The culture, for starters. We have to be thin, weak, smile nicely. Fashion necessities like tight skirts and high heels send a clear message. That kind of clothing sure as hell isnt going to help us get away from a potential attacker.

And what does it say about our attitudes toward sex that the biggest insult you can hurl at someone is Fuck you?

At the same time, women are taught to take care of everybody but ourselves. Thats another reason why, I think, we dont humiliate the gropers and report the attackers. We dont want to wreck a dinner party, never mind reputations. We dont want to ruin their lives. Never mind ours.

It doesnt help that were infinitely blameable. Thats what I get out of the recent report that dorm advisers at York (allegedly) made a point of taking scores of women aside to tell them to stay away from Ghomeshi when he was president of the York Federation of Students in the late 80s. They did that instead of telling the single alleged perpetrator to stop assaulting women. Were always the ones responsible for protecting ourselves.

The police wont necessarily do it. For years they perpetuated the falsehood that women who fought back against their attackers would only make the assault worse. Just lie back and get it over with, we were advised.

It wasnt until 1985, when Pauline Bart completed her research reported in Stopping Rape: Survival Strategies, that we learned that fighting back was the best way to counter an attacker because it was the last thing he expected.

Other research by Bart and more relevant to what Im talking about reveals that women are less likely to stop a rape in progress when they know their assailant.

Were so afraid of being blamed.

And what happens if a woman walks into a meeting in her workplace and a male colleague, the only other person in the room, remarks, Nice sweater youre wearing?

What if she says, I would appreciate it if you didnt comment on my personal appearance?

Ive been astonished by how people tend to respond to this scenario in workshops. Shes called everything from paranoid to ungrateful bitch by both women and men.

Why didnt she say Thank you and be done with it? Because thats not how she felt.

As for the poor guy who thought he was paying her a compliment, the appropriate response is straightforward. Just say, Good to know, and move on.

As it is, Im dreading the backlash thats bound to result from the Ghomeshi affair, that point when men and women will start complaining about how the movement to end harassment is disrupting everyday interactions. Im imagining that men will panic that theyll never be able to make a sexual advance again without having to question how theyre going about it.

Come to think of it, would that be such a bad thing? Would it be so terrible if guys had to think twice about how theyre coming on to someone?

A rethink of how sex should unfold? Bring it on.