J. Cole solidifies his rep as a social-realist storyteller on 4 Your Eyez Only 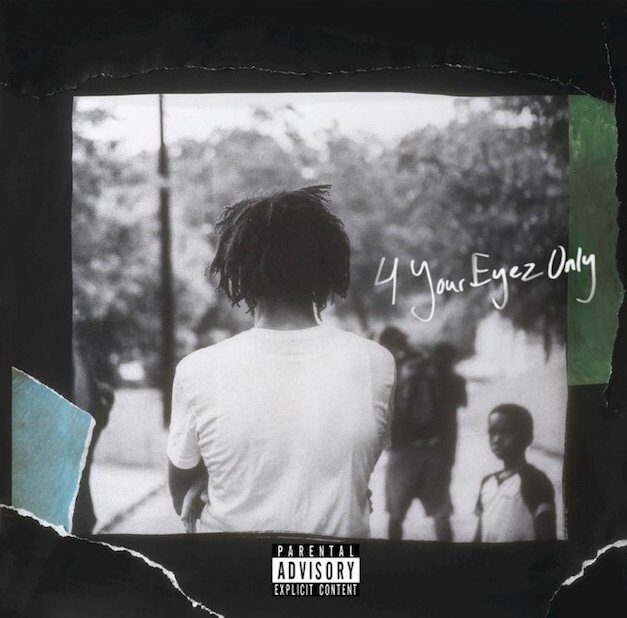 The title of J. Cole’s fourth album seemingly nods to 2Pac’s fourth album, All Eyez On Me. Another commonality: both albums were released as each artist attained a new height of fame – 4 Your Eyez Only had the year’s third-biggest debut week album sales – but whereas celebrated storyteller 2Pac reveled in the spoils of fame with California Love, the North Carolina rapper focuses on working class woe. (Suggested future 2Pac-inspired album title: Trumpocalypse Now.)

Eyez finds Cole furthering his reputation as a storytelling MC full of empathy and bravado. His interest in the connection between macro socio-economic concerns and micro family dynamics is laid out on the brief opener, For Whom The Bell Tolls, about a man surrounded by death and overwhelmed by a sense of hopelessness (“the bells getting loud, ain’t nowhere to hide”). By quoting poet John Donne’s famous line in the title, he transposes the idea that “no man is an island” into today’s political climate of racial and economic division, highlighting a persistent disconnect in the culture.

It’s also indicative of his directness. On Immortal, he tackles paranoia and police brutality in ways that are both heartbreaking and bluntly nihilistic, while Foldin Clothes is a blissful and unapologetic diversion into domesticity (“I never thought I’d see the day I’m drinking almond milk”).

Elsewhere, his earnestness comes off as unwieldy in moments that precariously sit on the cusp of sleepy sentimentality. On She’s Mine Pt. 2, he addresses his daughter while making explicit connections between holiday shopping and capitalism’s moral rot. It’s a pointed idea that becomes less potent thanks to reductive touches – crying baby sounds – and verses that are more rant than poetry.

The production throughout Eyez is full of warmth and nods heavily (and enjoyably) to early 90s New York rap. Bouncy grooves and jazzy chords contrast with sad and sometimes eerie mid-range melodic sounds that, taken with the 2Pac references, recall the west coast/east coast era to further emphasize that Cole in placing himself lineage of social-realist storytelling that he doesn’t always live up to.

The best songs bridge the personal and political through simple but pointed observation. On Neighbors, he uses double-time rhymes to recount an instance when suspicious white neighbors call the cops on their Black neighbors. The scenario ties back into the metaphysical idea set up in the opener, while illustrating that central theme of alienation in real-world terms: people can live close together but remain far apart.