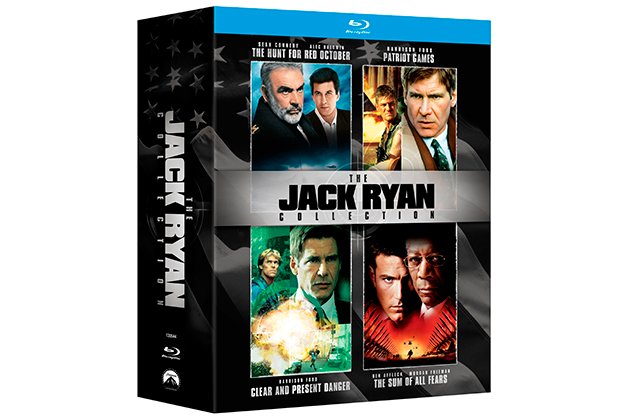 The casting of John Krasinski as a CIA-analyst-turned-action-hero is very smart.

If you’ve seen the trailer for Jack Ryan: Shadow Recruit, you might go into the film expecting a movie about a man thrust unexpectedly into a world of shadows and secrets, where death lurks around every corner and no one is who he or she seems to be.

The thing is, Jack Ryan: Shadow Recruit is not big on plot twists. Death may lurk around every corner for Tom Clancy’s stalwart CIA analyst – now played by Star Trek’s Chris Pine – but everyone is exactly who he or she seems to be. Tom Clancy’s world never had a lot of time for double agents.

In this proudly square espionage thriller – directed with clench-jawed competence by Kenneth Branagh – there are good and noble Americans and nasty scheming Russians, and no one in between. In a way, that makes Shadow Recruit the most Clancyesque of the five Jack Ryan movies, no mean feat, considering it’s the only one that isn’t based on Clancy’s books.

Not that it matters. With Clancy gone and Ryan once again rebooted to a newbie, screenwriters Adam Cozad and David Koepp get a clean slate. So the four previous adventures – The Hunt For Red October, Patriot Games, Clear And Present Danger and The Sum Of All Fears, for those of you who haven’t picked up the boxed set – never happened. We get a modern continuity that starts with economist Ryan witnessing 9/11 from the London School of Economics, enlisting in the Marines and surviving a helicopter crash in Afghanistan, then recovering to be recruited by the CIA as an analyst. (The crash and recruitment are straight out of Clancy, just shifted forward a few decades.)

Working in Wall Street firms to track terrorist financing activities, Ryan stumbles on some financial strangeness with a Russian megabank. His handler (Kevin Costner) sends him to Moscow to investigate, which is the cue for the movie to turn into a 1980s James Bond picture complete with murderous henchmen, car chases, lots of stealthy computer hacking and dinner with the megalomaniac supervillain (Branagh). Oh, and Jack’s fiancée Catherine (Keira Knightley) has flown out to check on him and almost immediately becomes a damsel in distress.

It’s all kind of ridiculous and instantly dated in that way that so many espionage movies are, as the rush to concoct a plot that doesn’t involve the cliché of Middle East terrorism winds up going back to hoary old Cold War tropes that no one actually cares about any longer. (You may remember that The Sum Of All Fears struggled with a similar problem.)

As long as Branagh keeps the action moving and lets Pine run around looking panicked, Shadow Recruit satisfies on that basic spy-movie level, the one where people race through city squares shouting technobabble into jacket mics while a clock ticks down to an unspecified disaster. The plot itself never makes too much sense – an initial attempt on Ryan’s life, while nicely conceived and executed, is forgotten maybe three seconds after it happens – and the scenes between Pine and Knightley are painfully stiff, compounded further by her laboured American accent.

Branagh can’t stop hamming it up as the Russian baddie, glowering and snarling in scenes that don’t call for that level of intensity.

In fairness, it’s not really his fault. That’s exactly how Clancy would have written it.