Jamie Jones has a rep for heating up. 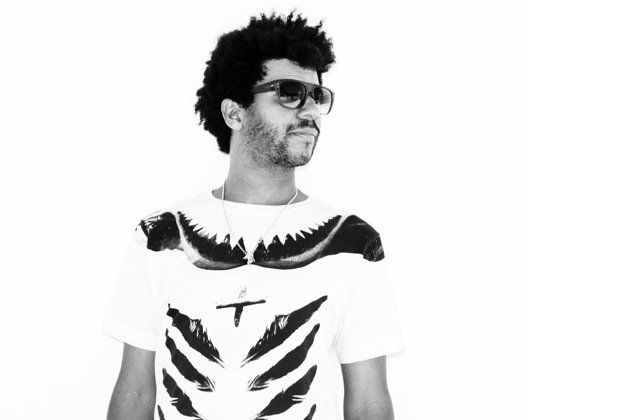 Jamie Jones has a rep for heating up dance floors with sci-fi spiritualism. With his group Hot Natured, the Welsh DJ/producer, along with Lee Foss, Ali Love and Luca C (plus guest vocals from Toronto’s Starving Yet Full and Kenny Glasgow), recently released Different Sides Of The Sun, a mystical house- and techno-influenced LP. Now he’s back to serving up deep, melodical bangers for the 3 am set. Last fall he released the intergalactic EP Planets, Spaceships and hit the road with an arsenal of newly purchased records. Ahead of his gig at CODA this weekend, Jones talked to NOW about Star Trek, sampling cats and why timing is everything.

How has working on a pop album with Hot Natured informed your approach to your solo music?

It hasn’t really. Hot Natured has allowed my more vocal-oriented and indie sides to develop while I go deeper, weirder and more 3-am-sweaty-club-music with my solo stuff. There is definitely a crossover between the two, but I am always about what’s next and what’s edgy, while Hot Natured are about good electronic dance songs.

Where does your music’s planetary and sci-fi imagery come from?

I’ve always been a huge sci-fi fan. I’m even a Trekkie. We have Star Trek pseudonyms in the studio with Hot Natured. They call me Black Picard, Ali Love is Spaz Riker, Lee is Bizzaro Data and Luca is Lesley Crusher. If you know us and know Star Trek: The Next Generation, you’ll understand.

What are the weirdest sounds you’ve ever put on a record?

I sampled Billie Jean, my ex-housemate’s cat on a remix I did for Deetron and Hercules and Love Affair called Crave. It’s actually quite annoying, but in the moment it was weird and I liked it. Sometimes sounds that can be annoying end up making the track and really catch people’s attention. This was true on my remix of [Azari & III’s] Hungry For The Power. There’s a synth line that if singled out is horrible, but with the music it works.

When you’ve been DJing a track for a while, how do you decide when to release it?

Timing is so important. I usually play a song, make sure it’s a bomb, then stop until I can release it in a month or two max. If you wait too long, it’s old news. With my own stuff, I road test it, make sure it’s really something good, because I’m so self-critical and indecisive. I’m trying to get my music out quicker I’ve missed the moment a few times.

It’s only March, but any idea what your big summer jams will be?

We have a record dropping from a Toronto guy, Nathan Barato. It’s a fantastic vocal, deep, moody number and it’s finally ready and being mastered. I just ordered a pretty insane amount of old house and techno records from Discogs, so I’m sure there will be several things I’ll be hammering.