Jamie T at the Mod Club 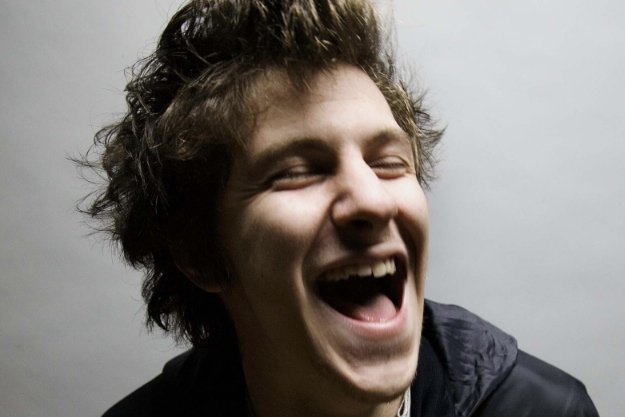 Jamie T warned the crowd that he was working on only two-and-a-half hours of sleep, but the UK singer/songwriter showed no signs of jet lag as he and his band the Pacemakers threw themselves into their first song. Taking a few years off from touring has given him a renewed zest for performing, and the artist appeared to genuinely relish the opportunity to play rock star, complete with slicked-back greaser hair, sunglasses riding low on his nose, and one foot propped up on his monitor.

On his newest album, Carry on the Grudge, Jamie leaves behind some of the Brit rap influences he originally made his name on, and that shift was even more evident live, where even the older material got the rock ’n’ roll treatment. He’s no longer riding the same wave of buzz that he enjoyed early in his career, but his fan base is clearly still interested, singing along as loudly to new songs, like his latest single Zombie, as to the old hits like Sheila – which he puzzlingly dedicated to 90s Montreal alternative dance rock band Bran Van 3000.