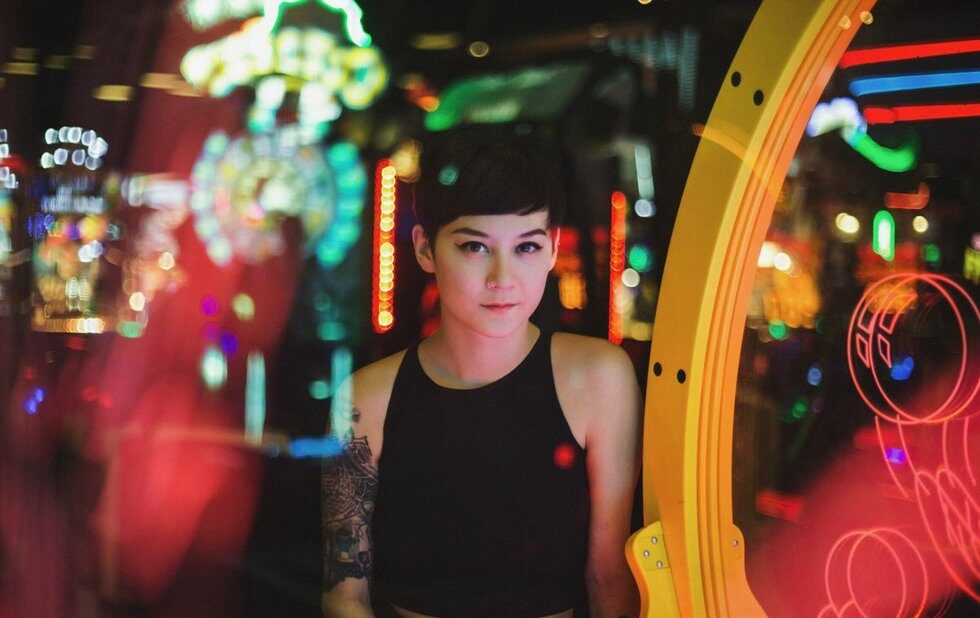 When 2016 began, she was stuck in a 9-to-5 advertising job she describes as “soul-leeching.” But thankfully, she also had her music, which she was writing and recording under the moniker Japanese Breakfast. When indie label Yellow K offered to release her album, Psychopomp, the plan was to do so without performing any shows.

“I wrote this record in Oregon after my mom passed away, and I was kind of stuck here being an emotional support system for my father,” Zauner says over the phone from her childhood home in Portland. “I was in a band before that did extensive DIY touring, and it’s just a really, really difficult lifestyle, mentally. But I still wanted to release the record through a label, and I told them specifically that I didn’t want to tour it.”

Once the world heard some of Psychopomp’s exquisitely giddy dream pop, Zauner discovered that interest was too high to not perform it live.

“There was overwhelming support of all kinds: critically, but also from people who had lost parents telling me how meaningful the songs were to them,” she says. “Then I got South By Southwest offers, and it snowballed into this amazing Mitski tour, and I just really couldn’t pass it up any more. Plus I really hated my job.”

Zauner is newly signed to Dead Oceans, Mitski’s label, which will release Psychopomp in Europe. Also on the road with them is San Francisco’s Jay Som, making it quite possibly North America’s first Asian-American female triple-bill tour. The significance is not lost on Zauner.

“I didn’t put the tour together. It was Mitski’s booking agent, and I imagine she had a lot of input as to whom she wanted to tour with,” Zauner says. “I met Mitski about a year ago and we kept in touch, and then Jay Som shares management with her.

“I think it was always her intention to have three women of colour on the tour. I don’t know for sure, but I imagine with Mitski it was a conscious decision. But I think she really just liked our music, and we just happened to be Asian-American women.”

For Zauner, the tour is a chance to be a part of something bigger than just the music.

“It’s really exciting for us, because I definitely didn’t grow up seeing this kind of lineup when I was younger. To see three Asian-American women with three different styles of music is really empowering.

“Mitski’s fan base is made up of a lot of young girls and people of colour. The demographic who come out is way more diverse [than at the average indie rock show]. That’s amazing to see.”