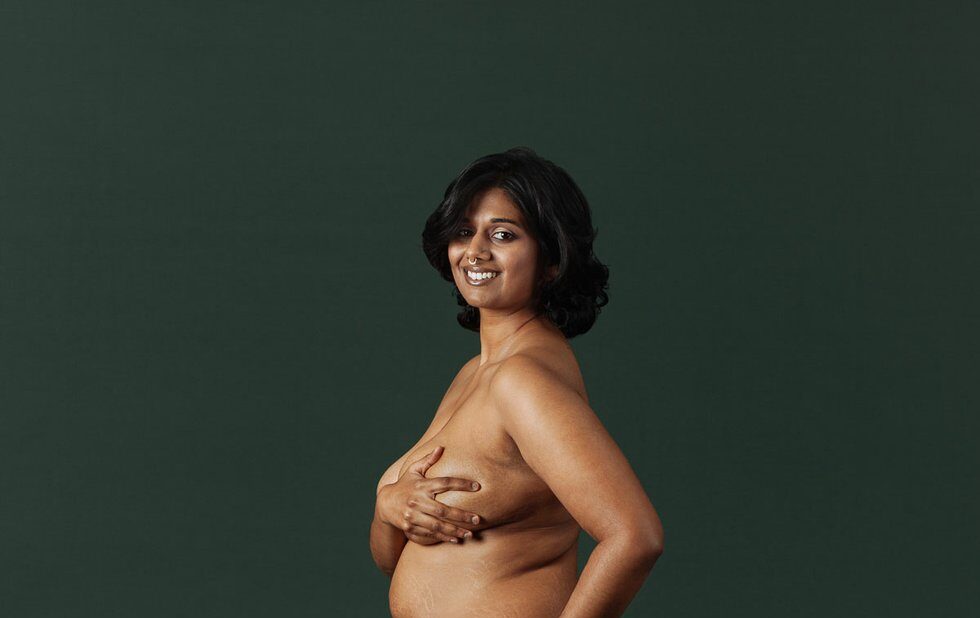 A lot of nuance gets lost. When I started working with Silence Is Violence [a survivor-led feminist collective tackling sexual violence and rape culture on campus] at U of T, it was one of the few spaces where I could do work that was sex-positive but also remain open to experiences of survivorship.

I’ve been naked in other ways in my work, but I’ve never done anything like [this shoot]. When I’ve done other things where I’ve been nude, it’s more about performance – performing sexuality, looking desirable – or I’ve been shown alongside other people. Here, I wanted to hold myself accountable to the work I’ve done, taking a step toward embracing my body, sharing my story, holding myself up in a really vulnerable way.

It was a beautiful experience, but also really uncomfortable. I saw this picture and had a million different feelings. I was like, “Well, that’s a really important place for me to stand in.” But there’s a lightness and a joy to it as well, the joy of being in my body.