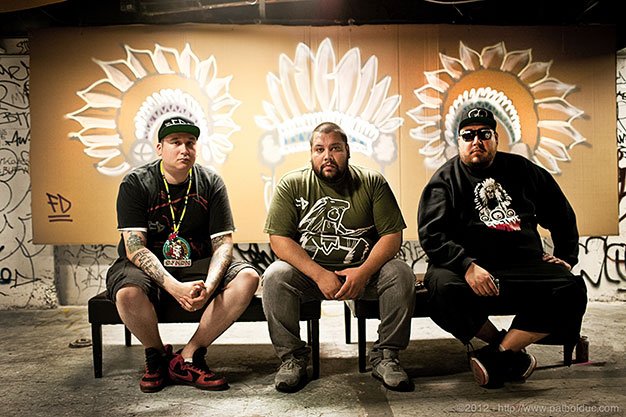 Jason Colletts Basement Revue graduated from the Dakota to the Opera House for a No More Silence benefit that raised money and awareness for the Toronto organization dedicated to developing a network to support work being done to stop the murder and disappearance of indigenous women. Even before Collett took the stage at 9:30 pmthere was a palpable buzz inside the packed venue.

After performing a soulful rendition of Lake Superior, Collett said he was over the moon about the evenings program. Dapper and charming, Collett sung with a poise that added weight to the evening.

Though it was a social evening, there was an inordinate amount of chatter during some of the performers sets, leading to uncomfortable but necessary shushing. Eventually the crowd quieted for a moving poem read by acclaimed First Nations poet Lee Maracle. Maracles vivid tribute to murdered aboriginal women was augmented by her daughter singing in hushed tones and local folk singer-songwriter Jennifer Castle finger-picking behind her.

An alluring and empowering collection of poems read by Emily Vey Duke and Shary Boyle (complete with an overhead that allowed the crowd to follow along and cheer at the last line: They were feminist as fuck) preceded the first appearance of author Joseph Boyden. Boyden read a chilling tribute to Tina Fontaine, while Lido Pimienta highlighted his message with emotional singing.

Get a little talking going so you can use it up before the second set, said Collett before the intermission.

The energy picked up significantly in the second half, when two of the evenings most celebrated surprise guests, Gordon Downie and Kevin Drew, collaborated on two original songs. With Downie on vocals and Drew on keys, the stirring tracks (one called The Secret Path) deftly rose and fell. That Downie and Drew garnered some of the loudest cheers speaks partly to their past achievements but also to the crowds appreciation that theyd lent their voice and celebrity to a cause that often goes overlooked.

In what may have been the evenings highlight, Naomi Klein read a tribute to Bella Laboucan-McLean, the 25-year-old recent college grad who died under suspicious circumstances after falling 31 stories to her death from a downtown high-rise in 2013. Calling Kleins tribute powerful is an understatement: it was an indictment of the false sense of community so many downtown high-rises instill it questioned how complacent many have been in the face of more and more deaths of young aboriginal women and it moved some people to tears.

“Indigenous women are the heart and soul of their community, Klein said. Justice, when it comes, will be demanded, not granted.”

Boyden returned to read, with A Tribe Called Red performing behind him. While others readers were penetrating in their brutal truth, Boyden was hypnotizing. Underlying sentiments of anger began to pop up in several of the readings, and they perfectly segued into a blazing performance by Vag Halen, who Collett described as a “feminist art rock band who brings bad with a dash of ass.”

“We are settlers on this stolen land,” lead singer Vanessa Dunn said before launching into Troopers The Boys In The Bright White Sports Car. Dunn, dressed in knee-high boots, was a compelling figure, and whatever outrage had built up in the crowd by then started to break loose.

The night ended with the performers gathered to read the names of the women they were there to honour. It was a chaotic finish, the artists passing the microphone around as they read. The names fell over each other to poignant effect. The Basement Revue succeeded in giving a voice to those who need it the most.