So what’s the connection between the classic album and jazz music? 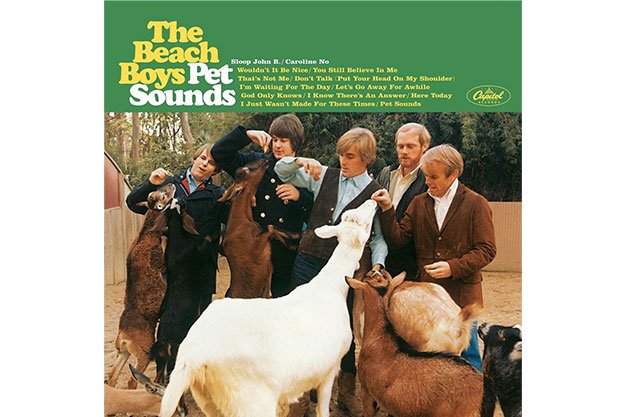 When the Beach Boys released Pet Sounds 50 years ago, it heralded a new age of pop music innovation, notably lighting a fire under Paul McCartney to corral the Beatles into creating their own 1967 classic, Sgt. Pepper’s Lonely Hearts Club Band.

Pet Sounds offers a lushly arranged and beguiling kind of rock music. Wilson used unusual instrumentation like theremins, harpsichords, clattering soda pop cans and even barking dogs to bolster the epic vocal harmonies that give the album its woozy feel.

But though he took inspiration from avant-garde, classical and jazz forms, Wilson’s opus most often ends up on “best rock albums of all time” lists. Pet Sounds includes Wouldn’t It Be Nice? and Sloop John B, among other well-known singles.

According to David Wall, the station’s director of community outreach education, Jazz.FM91 doesn’t play the Beach Boys on air, but it does program Pet Sounds interpretations by jazz artists, such as pianist/singer Jamie Cullum’s God Only Knows.

This, in his view, is enough to warrant a presentation rich with rare archival material by Beach Boys expert Levenson, a former Motown Records employee and New York City resident who co-manages the Blue Note jazz club, as part of the station’s Thinkers lecture series.

“My instinct is not to think, ‘Why is a jazz station celebrating Pet Sounds?’” he says over the phone. “To me, there’s not a great gulf between a jazz station and Pet Sounds. It just feels natural.

“God Only Knows is absolute genius because it sounds like a simple pop song, but is so complicated and sophisticated on a musical plain. The chord progression is such that a jazz musician can play it with a level of complexity and richness. Brian Wilson is a musical genius who transcends 1960s pop music.”

The veiled snobbery about pop music aside, Wall acknowledges that current music consumption is a genre-less free-for-all, which presents a challenge to marketers. From a promotional perspective, it’s savvy for Jazz.FM91 to honour a great rock record for its transcendent edginess, though it might make more sense to program and celebrate that very innovation through improvisational and noise-based music more closely aligned with “jazz” than the relative serenity of the iconic Beach Boys.

At the very least, initiating discussions of albums like Pet Sounds might push other local stations to similarly expand their horizons and comfort zones.

“I think it was Frank Zappa who said, ‘There are only two kinds of music: good or bad,’” Wall says. “So any person who delves deeply into popular music, like jazz, is going to come across Pet Sounds. It’s so seminal and brilliant it escapes its genre of pop music and is just a great work. You could say there are jazz elements, but that would be missing the point.”