Escapism through electronic music and sci-fi 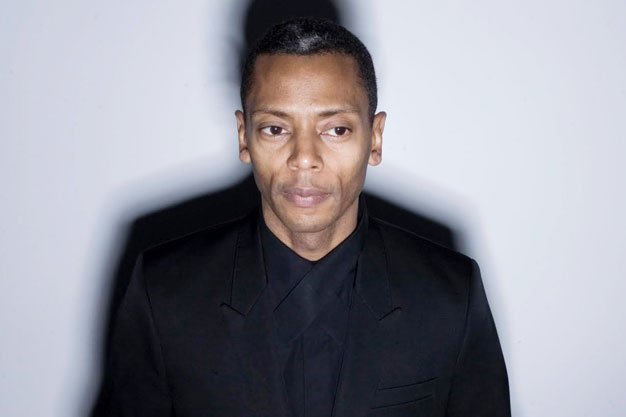 Jeff Mills discusses his use and relationship with the Roland 909 drum machine.

Saturday’s rare Toronto appearance by Detroit techno pioneer Jeff Mills isn’t in support of a recent DJ mix or artist album. Instead, his newest venture, Man From Tomorrow, is an abstract sci-fi-themed art film made in collaboration with French filmmaker Jacqueline Caux. While that might seem like an abrupt shift for a DJ/producer, it actually fits into a career trajectory that’s seen Mills collaborate with choreographers, classical orchestras, contemporary artists and even Japanese astronaut Mamoru Mohri.

“I’ve always been interested in doing other things,” Mills explains. “I’ve been working toward progressing that for the last decade or so, in between parties. I have a vision that if we can stretch electronic art and music to the point where it comfortably encompasses every type of creative act, then we have the chance to create something that never existed before. This is what I dream about.”

It’s no surprise that Man From Tomorrow features a soundtrack by Mills. And large sections of the film have no dialogue, the only words coming from edited recordings of conversations between Mills and Caux loosely framed around his ideas about music and the future. That science fiction undercurrent is found in much of Mills’s work, an obsession he says many Detroit techno producers share, and he sees parallels between it and the imaginary futurism of electronic music culture.

“This is a way of escaping to another place and time, of being transported to somewhere else. If you go to a party, the setting is designed to not be like your apartment it’s otherworldly. We use all these lights and a huge sound system, and we put everyone in the dark in a big room. We’re trying to create all these things that will make the senses recognize something unusual, something abnormal.

“Looking at that every weekend for the past 30 years, you realize there are things we could do other than during the party hours in the middle of the night to cultivate this kind of escapism. Science fiction is one. Cinema and art are others.”