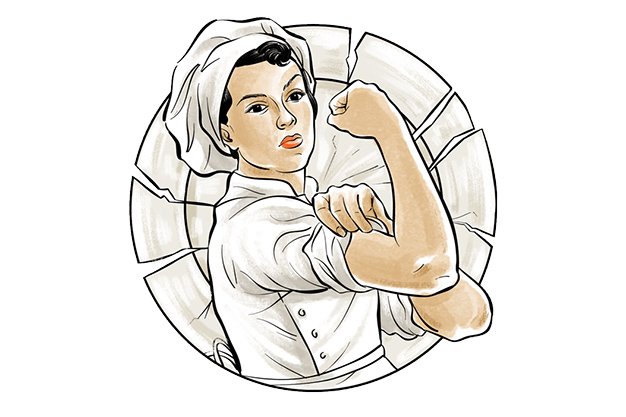 When former Weslodge pastry chef Kate Burnham stepped forward last month about the sexual harassment she experienced at work, Black Hoof owner Jen Agg sprang into action. Eager to shed light on a problem endemic within the food industry, Agg urged her fellow food-industry members to speak out against the problem – and pay closer attention to the issues faced by women in kitchens.

Now, those issues will be hauled out into the open onstage by food-world luminaries at Agg’s brand-new conference, Kitchen Bitches: Smashing the Patriarchy One Plate at a Time. An idea borne out of the social media firestorm that followed Burnham’s revelations, Agg’s conference now has a date (September 3), a location (Revival Bar), and a pretty rad logo, in addition to a stacked lineup of speakers and entertainment.

Toronto’s own Denise Balkissoon will be part of a second writer-based panel, as well as Eater features editor Helen Rosner and Lucky Peach’s Peter Meehan.

In addition to food and drinks, the $50 advance ticket ($75 at the door) also includes a live set by Amy Millan of Stars and a few guests, as well as a silent auction that will benefit a women’s shelter (which has elected to remain anonymous). Get yours on the Kitchen Bitches website.