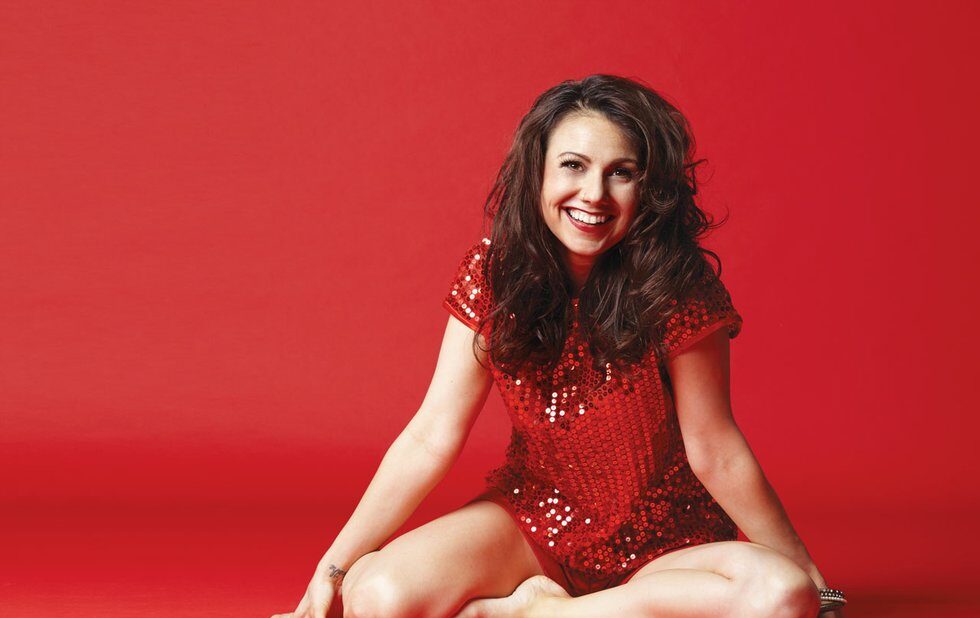 "I don’t do ‘bored’ well,” says Jennifer Walls, who's involved in four shows at the Fringe. “I can’t even remember the last time I was bored." (Hair & makeup: Angela Rose / Wardrobe: Wildthing Vintage)

If anyone represents the DIY, lets-put-on-a-show attitude of the Fringe, its Jennifer Walls.

The energetic and charismatic artist has worn many hats at the festival over the years, both as a producer (Rebecca Perrys Redheaded Coffeeshop Girl shows, Adam Proulxs Bakers Dozen) and performer (Love Is A Poverty You Can Sell, Liza Live!, Hugh & I).

But this year marks her biggest Fringe outing yet.

Shes performing in two shows: Seeking Refuge, a musical tragedy about two siblings separated because of their countrys civil war (the show won the fests Paul OSullivan Prize for best script of a new musical), and the kids musical Jay & Shilos Sibling Revelry, in which she plays a fairy who learns to overcome her stage fright.

Plus, shes got the lead in the first night of the cult hit Confidential Musical Theatre Project, in which shell show up with her part learned for a musical (she cant tell me which, but its one of her faves) without knowing who else is joining her onstage and shes hosting a SINGular Sensation karaoke cabaret night at the Fringe Club, basically transplanted from her Monday night gig at Statlers.

No wonder shes feeling a little under the weather when I sit down with her a couple weeks before the fest. Actually, she tells me that shes just been diagnosed with having low iron and has had to receive her first injection of liquid iron, which helped get her through a recent gig she did as Lady Gaga.

So basically, Ive been running on half a tank for the past two years, she says.

As someone whos seen her perform several times in that period, including a thrilling winter night in which she workshopped her show Jagged Little Me, an autobiographical take on Alanis Morissettes groundbreaking album Jagged Little Pill, you would never know Walls was ever giving anything but 110%.

The show must go on, right?

I dont do bored well, says Walls in her scratchy, distinctive voice. I cant even remember the last time I was bored. Everything Ive done has been out of a need to do something that I wanted done or that I thought could be done better: from helping to produce Rocky Horror Show at what eventually became Lower Ossington Theatre to producing and playing a role in a staged drag version of Clueless during Pride.

Walls traces her love of theatre especially musical theatre to being taken by her Ottawa-area parents to see The Phantom Of The Opera in Toronto. The tickets were a Christmas gift from her dad.

My mom, dad and grandma came here and we stayed at the Super 8 on Spadina, she recalls. I was seven and got my first Communion dress early so I could look like Christine. Ive been obsessed with big hair ever since seeing that show.

Several Phantom-related incidents being taught by June Crowley, an alternate Christine, while at Sheridans musical theatre program duetting with another Christine, Susan Cuthbert, during a fundraiser and befriending and singing with yet another Christine, Rebecca Caine have reinforced that shes on the right path.

She was a finalist on Phantom composer Andrew Lloyd Webbers How Do You Solve A Problem Like Maria? reality TV show.

And earlier this year, David Rogers, one of the artistic directors at the Victoria Playhouse Petrolia, where she frequently performs, gave her the scarf he wore as Phantoms Raoul for her birthday after she sang a Rita MacNeil song that resonated with personal challenges she was going through.

And then theres the time I talked to Liza Minnelli! she exclaims. While doing a show with Broadway legend Ben Vereen, she did her Liza impression for him. A while later he came to me and said, Ive got Liza on the phone. I was speechless.

Its hard to believe that, like the character she plays in the kids Fringe show, the magnetic, watchable Walls still suffers from stage fright.

Ive had bad anxiety all my life, and I was diagnosed with depression a few years ago, she says. I understand not wanting to make a mistake in front of people and being afraid of it all. Confidence is hard for me.

This coming from a person who, as a teen, arranged festivals and concerts in her hometown of Renfrew, Ontario, even though she was bullied and teased as a nerd by many of her inside-the-box peers.

The first time she hosted SINGular Sensation in the gay village six years ago, she started telling stories because of the cabaret format, and someone in the audience told her to shut up and sing.

That just completely shut me down, she says. Id challenge that guy to say it to me now. Id be able to assert myself more. Ive tried to make that room a safe space. I tell singers to try out a song theyve never done before, that its okay to make a mistake.

Shed like to continue to develop Jagged Little Me, which includes lots of home movie footage and touches on her parents divorce, her eating disorder and other family issues they didnt talk about at the time. And now that Morissette has announced her own musical based on the same album, shes eager to audition for it.

Shes also working on a show featuring the music of Nine Inch Nails, saying that Trent Reznors music has helped her deal with lots of personal pain.

She recently starred in a stage version of Bruce McDonalds film Hard Core Logo, and says it was cathartic to be in that angry, dirty, aggressive place.

I grew up listening to punk and rock, Metallica and Ozzy Osbourne, she says.

She credits her mother, who raised her and her two siblings alone while working four jobs, for her work ethic. Shes grateful for everything, especially when she considers what other people have experienced.

Like the characters in Seeking Refuge, she says, ever the producer, expertly segueing into discussing one of her Fringe shows.

The sisters parents have been killed and they want to escape, but they can only afford for one of them to emigrate to another country. People are facing this every day all over the world.

I live in a country where there is health care, my family is here, theres support, I have good friends. Whatever happens, I can deal with it, she says.

As a day job, she is the voice of TVs Family Jr channel. One day shed like to get an animated series, or book a Mirvish musical. But shes not complaining. Shes giving it time, especially now that shes entering a new, post-ingenue period in her career.

I played Dorothy in The Wizard Of Oz one year, and that taught me something. Youve got to take the grey, appreciate the rainbows and deal with the storms, and just keep going.