Jenny Hval, the people’s oracle, played a perfect set at the Drake Underground

So why doesn't the Norwegian art pop musician have a Kate Bush-sized audience? 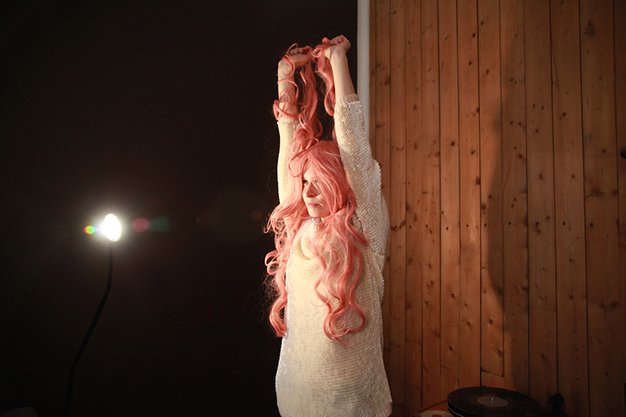 Halfway through her set, Jenny Hval mentioned that the night before in Chicago, audience members had queued up to ask her “philosophical questions” after the show. “They were very sweet, and I felt very stupid…. I just do karaoke.”

A comically inaccurate and self-effacing thing to say, as Hval and her onstage collaborator put on a masterful display of chemistry and interplay all night, coming across not so much as a pairing of soloist and accompanist but as two voices in a kind of dialectical tension. Effects pedals and sequential circuits squawked, hissed and rumbled, improvising in real-time over Hval’s dark pop production and her stunning vocal range, conjuring a sound all-consuming enough to shake plaster from the ceiling at one moment and quiet enough to hear your own heart beating the next.

In a way the Drake Underground was the secret star of the evening, well suited for such a dynamic performance (opener Briana Marela also benefitted greatly from the room’s lush acoustics), and feeling cozy but lively despite being at only about half capacity. If there was anything to grouse about, it’s that Jenny Hval deserves a Kate Bush-sized audience. But those who showed up were rewarded with an intensely visceral and dramatic performance, immediately affecting but also – as evidenced by the lineup of people waiting to talk to her afterward – intellectually engaging and transformative.