Warpaint’s Jennylee is all good vibes and compassion

JENNYLEE at the Horseshoe (370 Queen West),. 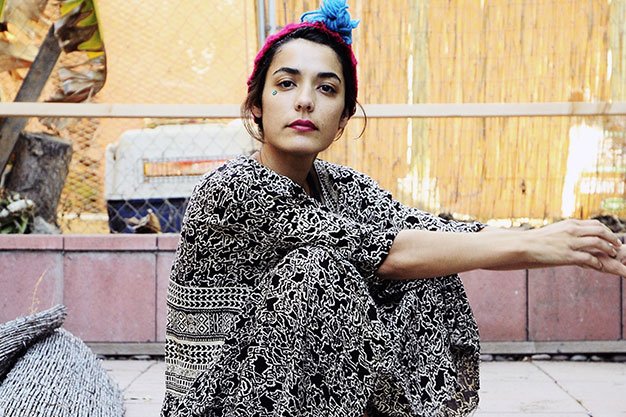 Sometimes going solo means simplifying, stripping back, finding your voice. For Jenny Lee Lindberg, it means more multi-tasking than ever.

When I reach Lindberg, best known as the bass player in Warpaint, she’s prepping for a tour in support of her debut solo record, right on!, released in December on Rough Trade under the moniker Jennylee, and also heading into the studio with minimalist art rock four-piece Warpaint to work on the L.A. band’s third record later that day.

“Busy, busy,” she says while driving through Los Angeles, “but it’s such a nice balance. I’m completely satiated. I get to work on my own stuff, then go collaborate with the girls. It’s perfect.”

Lindberg is upbeat and chill as she talks about the process of breaking out on her own. She’d been accumulating solo songs for years, mostly instrumental due to dissatisfaction with her singing voice, slowly began to be less hard on herself and then fully committed to making an album after touring for Warpaint’s self-titled second album.

She also fully committed to singing. For her solo album shows, including the tour’s only Canadian date, at the Horseshoe, she goes bass-less, free to sing and move while three backing members handle drums, guitar and bass to recreate right on!’s rhythm-focused, sometimes noisy, moody and stark minimalist indie rock.

“I was shaking before the first show. But then I realized that if I’m not having fun it’s not worth it,” says Lindberg. “So now I just go, ‘You know what? Have fucking fun. Let go of the pressure. Be real. Be yourself. Give it your all.’ It’s important to me that my real self is shown through the work – and in life.”

Lindberg’s “letting go, good-vibes” philosophy doesn’t falter even in the face of a question regarding Life or Death PR founder Heathcliff Berru, whose L.A.-based company dissolved after Dirty Projectors’ Amber Coffman, and then many others, tweeted that he’d sexually harassed her.

“When Warpaint started out, he helped us a bit, gave us advice. I never got that vibe from him, so I was pretty shocked. I get sad reading shit like that. I’m a very compassionate human being. By no means am I sticking up for him or think he didn’t cross lines and boundaries. I’m happy people stepped up and are calling him out and that’s he’s not getting away with it.

“But I’m also imagining the pain and stress. I put myself in his shoes. ‘Oh my fucking god, everybody in the world is talking about me right now.’ That gives me anxiety. I’d go out of my way to make sure I never did anything to warrant that kind of public shame.”