Jian Ghomeshi trial: what’s at stake for the national discourse on rape culture 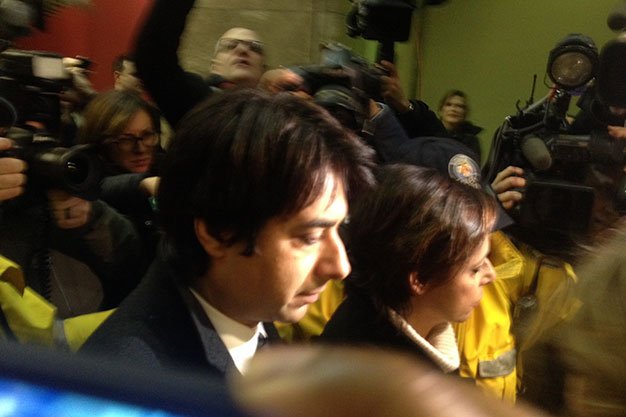 The sexual assault trial of the century begins Monday.

The celebrity status of the accused, former CBC Radio Q host Jian Ghomeshi, his hotshot lawyer, and the fact one of his four women accusers is Trailer Park Boys actress Lucy DeCoutere, guarantee a barrage of media attention.

The trial has the potential to not only be a courtroom sensation, but also to expose our assumptions about due process in law when it comes to rape culture and to change public attitudes towards sexual assault if we want it to.

The thing is that coverage of such trials almost always perpetuate sexual assault myths that are widely reinforced nowadays not only in traditional media, but social media as well. That reportage has historically been the greatest determinant of our disregard for the nature of sexual assault, its social influence, and its impact on the women who experience it.

With a conviction rate of one per cent for a crime that continues to increase, it feels essential that the Ghomeshi trial, with all its talk of transforming the national discourse around rape culture, sets a new stage for scrutinizing institutional responses to sexual assault. Given the degree of controversy, awareness and dialogue that swept the country when courageous women purposefully came forward to accuse Ghomeshi, how can it not?

This time, the standard shrill, outsize headlines, comments and coverage that use revictimizing language and images require careful unpacking and dissection.

A new stage for discussion about sexual assault, with lights shifted to observe the actions of police, Crown attorneys, defence lawyers and judges could be constructed. Feminist disruptions in legal practice in which our courts provide the best of defenses without annihilating sexually assaulted women need to be pursued. And assumptions of due process exposed. The impetus for women to report crimes when the legal system is so uncivil to them and unsafe for them must be interrogated.

No case is better placed to deliver all of that than the machinations of the Ghomeshi trial in the weeks to come, if it’s to be the watershed moment claimed by so many.

Another notable sexual assault trial also starts on Monday at the same courthouse. Mustafa Ururyar will be tried for the sexual assault of PhD student Mandi Gray. Gray has launched a precedent-setting human rights case against York University charging the university was negligent and failed to act when she reported her assault to campus security and administration. Parallels between the court practices and media coverage of the two trials will be interesting to follow. Lets see.