Loathe it for the crappy quality and blatant imitation, regardless of whether or not they satisfy human rights activists 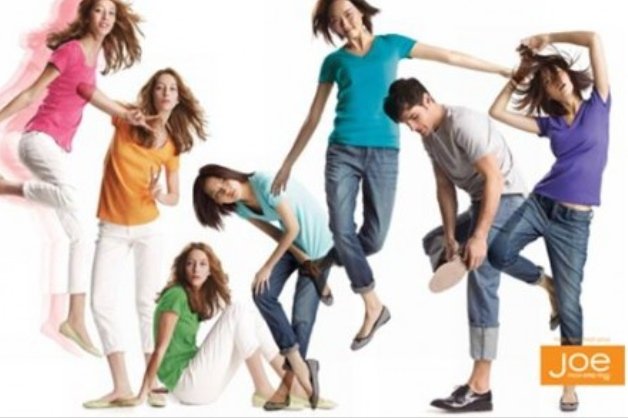 I don’t care if human rights activists are over the moon that Loblaw signed the Accord on Fire and Building Safety in Bangledesh, joining other big-apparel brands. I still loathe Joe Fresh.

The massive Church and Carlton Loblaws is 10 minutes walking distance from my home, and eight minutes from my work. Naturally, I’m a regular customer. I’m so mesmerized by the high ceilings, cheese wall and free samples in that old hockey stadium, that I often overlook paying double on most things than I do at my charming Jamestown No Frills.

I always try and stay away from the Joe Fresh, however (even though it’s right beside the liquor store, so I see it a lot). I feel like a sucker when I go in there.

The quality is atrocious and I don’t love walking into a room and seeing eight “silk” Equipment-knockoff blouses that are the exactly same as mine. I have caved before, though: in a pinch it’s great for a maxidress or a halloween costume.

I used to work at fashion magazine Flare. I mostly loved it, but I hated the cover of the first issue I worked on. The January 2011 issue featured three models in head to toe Joe Fresh. I guess we were supposed to be celebrating the fact that Canada finally had its own player in the cheap, shitty, copycat clothing category. Or they were an advertiser. Whatever. This was when Joe Fresh was cusping.

Two and a half years later, Joe Fresh has expanded in epic fashion, opening a NYC flagship and closing Toronto fashion week season in and season out. There are close to 340 Joe Fresh stores (in supermarkets and standalones) in Canada and approximately 680 within J.C. Penneys in the U.S. This is massive for a brand that was virtually unheard of when I graduated from university six years ago.

And people love it. You can’t swing a Cambridge satchel at a fashion or entertainment event without hitting a piece. Every time one media or socialite person says, “I love your red jeans!” the correct response is a smug, savvy, “Joe Fresh” (you say the “fresh” with two syllables in the manner of an “I told you so”). The result is that a lot of people look exactly the same, which makes sense in an industry where underpaid editors write about clothing articles that are twice the price of their rent.

All fast fashion borrows from high fashion – it’s a trickle-down effect so perfectly explained by Meryl Streep as Miranda Priestly in The Devil Wears Prada. But I always thought H&M and Zara had their aesthetic, albeit influenced by the runway, whereas I imagined some Loblaws mole in NYC stealing clothing patterns from Calvin Klein or Proenza Schouler and couriering them to Joe Fresh head honcho Joe Mimran’s Toronto HQ.

And we’ve always known it, but now we really know it. Those clothing patterns (lifted or original) are then sent off to Bangladesh (or China according to my Joe tags) for poor people to cobble together in crumbling buildings and appalling working conditions.

But how could Mimran possibly have known where or how the clothing is made when he’s opening up 1,000 locations in a span of seven years?

Maybe it’s not as great as we thought to get a new dress for the same price as a salad. And why am I paying $15 for a salad, anyway? Fucking Loblaws.