• Spent years working with CivicAction to. 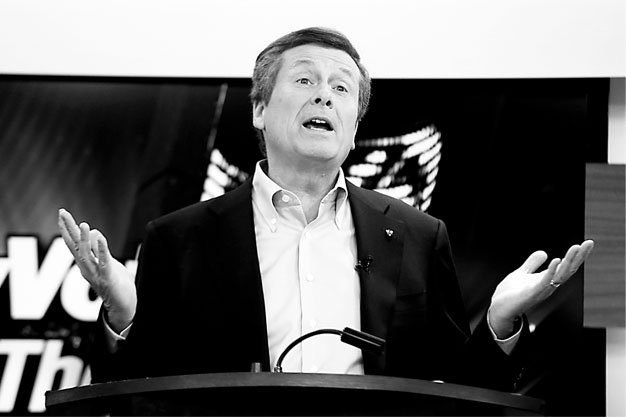 • Pledged to restart the mayoral tradition of marching in the Pride parade, but threatened to defund the event if QuAIA takes part.

• Says fixing up social housing units is a moral imperative, but specified no new funding for affordable housing in his election platform.

• Won’t prioritize LRTs in disadvantaged neighbourhoods, but his SmartTrack plan does not reach disconnected burbs.

• Made dodgy comments about women in the workplace, but has forged strong relationship with high-profile women like Jaye Robinson and Kathleen Wynne.

• Pledges to build a more inclusive “One Toronto,” but refuses to oppose the racial-profile practice of police carding.

• Says he favours examining ways of improving civic governance, but opposes ranked ballots or extending the vote to permanent residents.