NOW MagazineNewsJohn Bacher on the inevitable next flood

John Bacher on the inevitable next flood 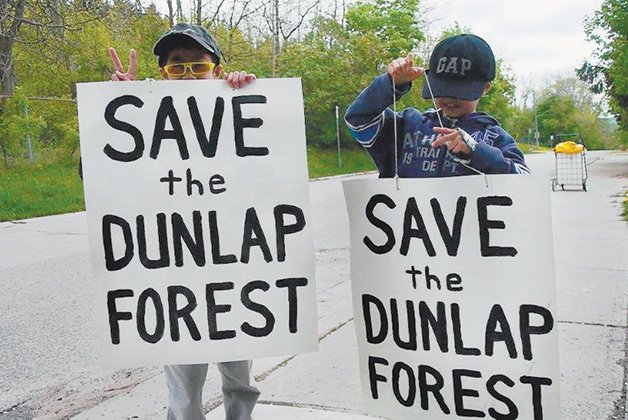 When governments fall captive to sheer stupidity, the last hope for the sane voices of civil society sometimes becomes the courts.

On December 9, the Ontario Superior Court will hear verbal arguments from the Richmond Hill Naturalists on their request for leave to appeal an OMB decision that would allow residential development on 74 acres of forested land on the grounds of the David Dunlap Observatory.

“Oh,” you say, “that’s not in Toronto – what’s it got to do with us?” The answer lies in July 8’s flood, when regional damage amounted to $950 million. Basements flooded, subways closed, cars were abandoned, 300,000 homes lost electricity, and the city’s most urbanized watershed, the Don Valley, saw its expressway and rail lines became fully integrated into the river.

If the project proposed by Corsica Development, a subsidiary of Metrus, is approved, you can bet that in the inevitable next flood, thousands of gallons of water now soaked up by the roots of the Dunlap forest will pour into the already overloaded Don through its central tributary, German Mills Creek.

The shocker here is that politicians cowed by developers are leaving us vulnerable to the most threatening aspect of climate change in our part of the world: devastating inundation by water.

The legal basis for the Richmond Hill Naturalists’ appeal is the contradiction between the OMB’s thumbs-up to Corsica and an earlier decision by the provincial Conservation Review Board. (The CRB is entrusted with protecting culturally significant properties as defined by the Ontario Heritage Act).

The CRB ruled that most of the threatened David Dunlap forest should be protected, and the Naturalists are arguing that the OMB permitted “a collateral attack on the findings of the CRB.”

That the courts have become the beacon of hope for a rational response to the threat of global warming in Toronto shows how little political foresight is being exercised otherwise.

While activists call for green infrastructure including bioswales (landscaped means of dealing with water runoff), more roof gardens, trees and forests and the resurrection of buried streams, the pace of change is too slow for the looming emergency. Pleas to soften the urban fabric with more greenery to soak up floodwaters seem to slide off the tough hides of elected officials and fall into the political wilderness.

John Bacher is the author of Two Billion Trees and Counting: The Legacy Of Edmund Zavitz.