Ahead of his appearance at Bloor Hot Docs Cinema, we talk sexism in pop music, authenticity, hip-hop's bright future and Canada's influence with the author of The Song Machine: Inside The Hit Factory 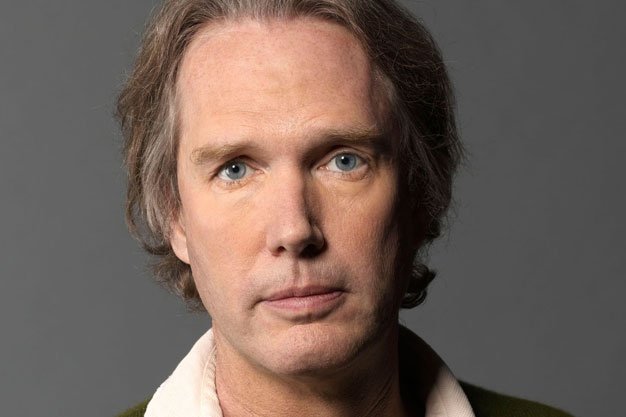 Reports on technology’s influence on the music industry have largely focused on the evolution from vinyl to CD, digital formats and streaming (and back to vinyl again). Less focus has been paid to technology’s impact on pop songwriting, partially because the songwriter’s job is stay in the shadows and keep attention on the star.

In The Song Machine: Inside The Hit Factory, New Yorker writer John Seabrook gained access to a handful of producers and songwriters behind mega-hits recorded by Kelly Clarkson, Rihanna, Katy Perry, Britney Spears and Flo Rida. He charts the evolution from melody-and-lyric-led songwriting to what he describes as the “track-and-hook method,” where beats and arrangements come first and melody and lyrics are slotted in almost as an afterthought.

Tracing the origins of track-and-hook back to the 1990s, Seabrook – a self-described music industry outsider – chronicles the influence of Swedish producers Denniz PoP and Max Martin, who mixed reggae and R&B rhythms with Europop to produce a globalized pop sound for chart-dominating acts like Ace of Base, Backstreet Boys and Britney Spears.

The book also describes early collaborations between pop star Kesha and pop svengali Dr. Luke and the creative differences that preceded their messy legal wrangling and sexual assault allegations. Ahead of Seabrook’s book tour appearance at the Bloor Hot Docs Cinema, he spoke to NOW about songwriting, Kesha and Canada’s influence on mainstream pop.

What conversations has the book started around the evolution of songwriting?

The audience that comes to the events tend to be readers first and music fans second. They’re somewhat older and into music from my era: 60s, 70s, 80s, jazz and classical. When they hear me talk about how music is made today and in particular that there are so few instruments involved, they’re horrified. This notion that music was more authentic and real when it was made by the musicians actually playing it and recording live in studios – there are a huge amount of built-in suppositions, a lot based on mythological notions of authenticity.

I usually begin my talks by reading a couple of sentences from a New York Times article decrying the loss of authenticity in music and the move toward factory-produced manufactured tunes. Then I note that the article was published in 1907 and was about Tin Pan Alley. I challenge some of those assumptions about what makes for authentic or good music and take a more optimistic view of today’s stuff.

In the book you talk about periods when critical and popular backlashes to manufactured music arose, like when grunge blew up in the 90s. Do you see any signs the current pop sound will die out?

The cycle we’re in does seem to have lasted longer than previous cycles. It’s clear the power of Max Martin and the system he and his colleagues have created is very strong and vibrant and will probably be around for a long time.

There is obviously a large group of people turned off by Katy Perry and her ilk. [The future of popular music] must lie in hip-hop. At its best, it’s very vibrant, alive and real. It’s not about made-up stuff it’s stuff that happens in the street. The problem is that a lot of it is so debased, vulgar and misogynistic that a limited number of people can listen to it. I can’t even listen to it at home because of my children and wife, who would throw something at me if I put it on the stereo.

If there is hope – and there’s always hope in pop music – then it probably lies [in hip-hop]. If we look to rock, I think we might be disappointed because it seems like the most interesting music these days is not being made by rock musicians, but by hip-hop musicians.

You raise the issue of gender disparity in the studio and describe clashes between pop stars like Kelly Clarkson and Kesha and their producers over creative control. Do you think Kesha’s sexual assault and battery lawsuit against Dr. Luke will have a lasting impact, regardless of its outcome?

The Dr. Luke and Kesha thing, we don’t know what exactly happened. But what’s amazing is the fact that it’s standard industry practice for a young artist to sign a six-record deal and essentially sign her whole professional life away for a shot – and only a shot – at getting successful.

I do hope it changes standard industry practice when it comes to recording contracts. Not all producers are as aggressively difficult to deal with as Dr. Luke can be in the studio, but certainly a lot of them have been. We remember Phil Spector being the architect of [the pop factory method] and, maybe not entirely surprisingly, he’s serving a life sentence for murdering a woman.

This is a world where the producer is the absolute master of these rooms. As an 18-year-old you’re at your prime in terms of your ability as a pop star, but you have no power, and anything can happen in those rooms. Of course the content of those songs is often about misogynistic stuff, so it’s not that surprising that sexist stuff happens.

You point out that Backstreet Boys were big in Canada before breaking in the U.S. Lady Gaga also broke here first. Did your research give you a sense of a Canadian influence on mainstream pop?

A few months ago, seven of the 10 singles on the Billboard Hot 100 were Canadian. It’s remarkable that Canada is so strong on American charts. I’m not sure exactly why that is, being a little bit outside of this stuff. In the book, I talk about race a lot in terms of Swedish producers and why I feel that their not growing up in the States, where black music and white music are fairly balkanized in terms of who makes it, was important.

I think it’s difficult for white people to produce hip-hop and R&B in the States because it’s seen as cultural appropriation. There are a lot of barriers to it. In Sweden those barriers don’t exist. I would opine the barriers aren’t as strong either in Canada. For a white person like Justin Bieber to come out sounding like Usher and then the Weeknd flipping that and going pop while sounding R&B – it’s in those crossovers between African and European music where you come up with a new style. That’s always what pushes music forward. Maybe Canada is in a better place to make those crossovers happen? It feels like you guys are more at the forefront in terms mixing black and white music than we are.