Of the many criticisms that might be levelled at Mayor John Tory, being a slacker is not reasonably among them.. 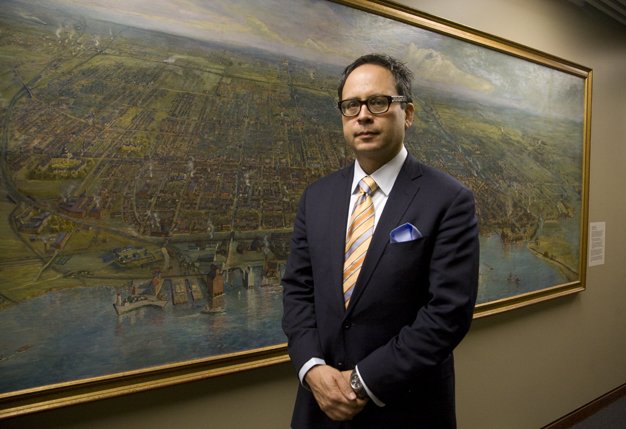 Of the many criticisms that might be levelled at Mayor John Tory, being a slacker is not reasonably among them.

But when he speaks in discursive circles that are long on truisms and short on insights, the result is reminiscent of a student delivering a presentation for which they’re not fully prepared: generous sputterings of words pushing sentences past their breaking points, as though broad generalities repeatedly affirmed could mask the insecurity of possessing inadequate knowledge.

Asked on Tuesday when he’ll bring the contracting-out of garbage collection to the Public Works Committee, this was Tory’s answer: “Actually, there’s a report that is coming forward that was asked for a long time ago by the previous city council, and that report will come forward in due course, and we will see what it says in terms of the merits of various courses of action that could be open to the city. And there may be some additional details that are needed in terms of the different divisions that are left, 3 and 4, that are not yet handled by the private sector and may not be, but I will say there will be a report brought forward, and I want to look at what’s best for the people of Toronto.”

Tory the first Toronto mayor who hasn’t previously served on council since Oliver Aiken Howland in 1901 is in charge of a government to whose workings he’d not paid serious attention and is leading a council whose meetings he says he’d never attended.

Even if you wish to radically reform a system, it generally helps to have an understanding of why it presently functions as it does. Otherwise, you’re building a new institution directly on top of the old one.

Sometimes the blind imposition of brand new paradigms does succeed, and you end up being Orson Welles making Citizen Kane. On other occasions, diving into a new pursuit with a how-hard-can-it-be approach leaves you as Tommy Wiseau directing The Room.

Tory seems to have only the barest grasp of how the business of the city is conducted. How else to explain his wish that Frances Nunziata be reappointed as Speaker?

Tory, of course, has the capacity to learn. Left to his own devices, he would gradually grow into the role, as most council members do.

But instead of maturing in a vacuum, Tory has chosen to surround himself with people whose own conceptions of City Hall range from the shallow to the narrow.

His transition team, for example, included two people who also led Rob Ford’s: former councillor Case Ootes and political dark wizard/anti-Gravy Train revolutionary Nick Kouvalis. Given the remarkable overlap in the two mayors’ appointments, the new era begins to seem like a do-over. Lacking any municipal governance background of his own, Tory has become another vehicle to be piloted by those who set Ford on course. But unlike Ford, he knows how to follow advice.

This approach would be far less of an issue if it didn’t run directly contrary to Tory’s campaign messages, which explicitly pledged a cross-partisan mandate that would build bridges across council’s various factions.

Even more frustrating is that Tory could plausibly deny comprehending how the bait-and-switch could be perceived as dishonest.

To say that Tory is another Rob Ford would be hyperbolic they share none of the qualities evident to casual observers. But Tory appears ready to allow his mayoralty to be shaped by many of the same forces that defined the early years of Ford.

With limited firm grounding of his own, Tory becomes just an avatar. The danger of being so damn agreeable is that you’re also quite highly suggestible.

Tory’s chief asset is his abundance of sincerity, the plainness of his desire to make things better for the people who live here. But good intentions only get you so far, especially when you tap someone like Denzil Minnan-Wong to be the deputy mayor, who helps you translate them into policy.

Yet the new mayor resists easy casting as a villain. As a more nuanced figure than his predecessor, he’s potentially open to hearing multiple sides of an issue, being reasoned with and even persuaded. Not every disagreement will be a fight some will be a discussion.

When he’s wrong, he’ll need to be challenged, but often in a very different way from how Ford was engaged.

I spent the year looking forward to the mayor’s December 2 swearing-in, figuring that no matter which non-Ford candidate won the election, the event would offer a significant measure of catharsis. It didn’t. Instead, with the council filing in behind a lone bagpiper, it felt more like a resumption of positions.