NOW MagazineNewsJohn Tory: The establishment’s choice for mayor is back

John Tory: The establishment’s choice for mayor is back

The plan was for John Tory to. 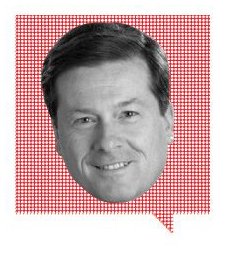 The plan was for John Tory to bide his time.

But time – and timing – became of the essence when word leaked late Friday, February 21, that TTC chair Karen Stintz would be registering to enter the mayoral race Monday morning.

So the crew that’s been working behind the scenes on a Tory run decided it was now or never, lest those questions about his legendary dithering become the topic of conversation.

Why, it was only last week that Toronto Community Foundation CEO Rahul Bhardwaj was being floated as a possible replacement for Tory. What changed?

The arrival of Tom Allison, Liberal Premier Kathleen Wynne’s deputy chief of staff, as Tory’s campaign chair may have had something to do with the shift in strategy.

Tory showed up an hour and a half before Stintz was scheduled to sign her registration papers, forcing her to play catch-up on the morning talk show circuit on what was supposed to be her day in the limelight.

Mission accomplished. The name everyone was waiting to see in the race – besides Olivia Chow’s, that is – was now official.

Now we can have a serious conversation about the issues, including gridlock. At least that was one topic of discussion on those talk shows. Maybe.

The plan this time is to position Tory as the big-tent candidate. There will be a rally sometime next month packed with big-name supporters to cast him as the guy who can get council working together to deliver on big promises like the downtown relief line. In an obvious bid for downtown voters, Tory says it’ll be his priority number one. He’s promising shovels in the ground.

How he plans to pay for it is another question, of course. (See story page 12)

But the business community is firmly on Tory’s side on this one. Besides, isn’t the mayor’s Scarborough “stubway” extension being financed by a 1.6 per cent property tax increase over the next 30 years?

Back to the launch. It sure had the smell of establishment politics from the days when Toronto’s mayors were preordained by Bay Street. All the major dailies had the “scoop” that Tory would be officially entering the race.

There was a YouTube video. And of course the formidable dream team of Liberal and Conservative strtegists that has coalesced around Tory.

Doug Ford says the 2014 mayoral race will be a choice between what he likes to call the “bluebloods” and the working folks his brother allegedly represents. It’ll be about a lot more than that, of course. The not so small matter of the police investigation into drugs and gangs hanging over the mayor’s head, for example, will no doubt figure at opportune points.

But the elder Ford isn’t completely off his rocker. There’s no doubt the big Bay Street moolah will be on Tory.

Conservative political forces are lining up against the Fords in a big way.

There was another sign of that Friday, February 21, when Doug announced he won’t be running for the PCs provincially as he was expected to in the next election. And nor will he be running to reclaim his council seat. He wants to concentrate on running Rob’s campaign.

Don’t believe it for a second. Truth is, PC leader Tim Hudak told Doug in no uncertain terms in a telephone conversation before his surprise presser that there was no way he was going to support his candidacy. It’s no secret Ford wants Hudak’s job.

Doug’s choice was simple. Either pretend it was his decision not to run, and bow out, or force Hudak to make the decision for him by not signing his nomination papers.

He could barely mask his disappointment in front of the cameras. One minute he was declaring his love for the PC party and Hudak. In the next he made it clear that the Fords won’t be campaigning for the PCs in the next election.

The Fords are back where they started – political pariahs in their own party. And if the Conservatives don’t want the Fords, why would anybody else?