Jon Spencer Blues Explosion and We Are Hex at Lees Palace 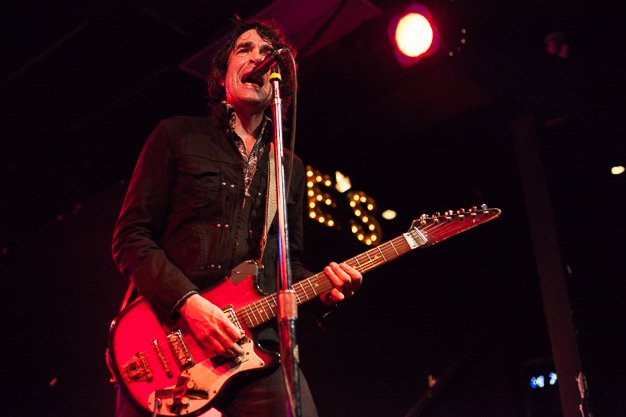 With an American flag defiantly hung length-wise behind them, the Jon Spencer Blues Explosion tapped into brashness for an uncompromisingly loud, obscure set at Lees Palace.

They piled on a slew of new and rare stuff. Covers like Shes On It by the Beastie Boys and the eponymous Bo Diddley peppered electrifying songs from 2015s its complicated NYC love letter, Freedom Tower, and the odd classic (mostly from 1994s Orange). Working as always without a set list, Spencer called out songs with no intention of placating tourists.

Guitarist Judah Bauer remains a tranced-out stoic (even when busting Becks verse from Flavour), drummer Russell Simins is a mountain rolling boulders down into beats, and Spencer is as James Brown as James Brown. He sweats, swings and preaches like the once-in-a-lifetime showman that punk rock is blessed to have in its midst.