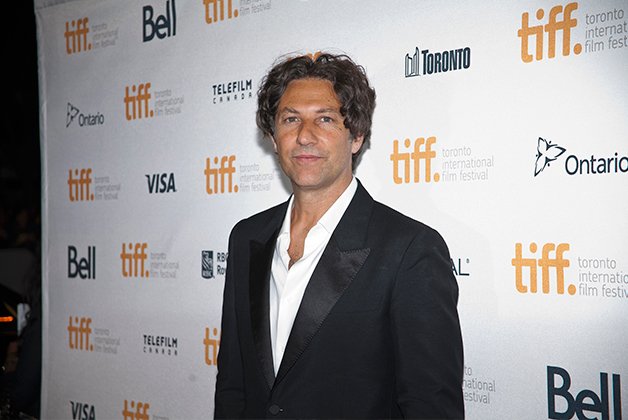 If Scarlett Johansson pulled up to you in a white van at night, rolled down the window and began chatting you up, you’d recognize her, right?

Well, think again. During the making of Jonathan Glazer’s existential sci-fi thriller, Under The Skin, Johansson – albeit with dark hair – was filmed from inside the van trying to flirt with solitary male pedestrians along the bleak roads of Scotland, and most didn’t catch on.

“The central idea is that Scarlett is an alien, a spy, dropping into the world undetected,” says Glazer. “She’s playing a character who’s playing an actor. So it was a perfect storm of ingredients.”

In the first part of the film, Johansson’s unnamed creature stalks men in her van, then lures them back to her home, where they meet their death. It took the director and star a while to find the right approach to the character. The story is told from her inhuman point of view.

“We talked a lot, but not about how to play an alien – more about finding the right tone,” says Glazer. “We tried to find equivalent things in the human experience. And it helped to give Scarlett tasks to perform – to keep her immersed in the function of driving, for instance.”

The role required a lot of nudity, a big ask for one of the most photographed women on the planet.

“Scarlett understood why we needed to include the scenes, so she took a deep breath: she’s a real pro,” says Glazer. “And she understood very tacitly that the bravery of the character needed to be matched by her bravery as an actor. She couldn’t flinch or pull back.

The male victims also had to bare all. And when they’re walking to their deaths, they’re obviously – how to put it? – up for the task.

“That was essential,” says Glazer. “She’s cast this spell on them. They’re following her to their demise, and they’re in a state of sexual arousal. It would have been completely wrong for them not to be.”

More than Glazer’s other films (2000’s Sexy Beast, 2004’s Birth), Under The Skin is being compared to the work of Stanley Kubrick, especially its opening shot, an homage to 2001: A Space Odyssey.

“That opening scene was a conscious choice,” says Glazer. “2001 is one of the great science fiction films. But [that opening scene] was also about lulling people into a world by presenting imagery that feels familiar. You’ve seen an image of planets aligning or spaceships docking, but at the end we reveal that it’s an eye we’ve been looking at.”

Which, in turn, becomes a clue about how to watch the film.

“It’s a film dedicated to her perspective,” says Glazer. “We experience it through her eye.”

Jonathan Glazer on why it took him so long to make a film after 2004’s Birth:

On finding something in Michel Faber’s novel, Under The Skin:

On the casting of Adam Pearson in a key role: