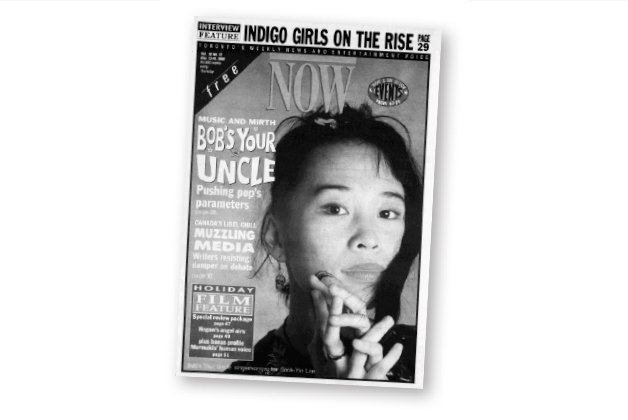 The music video for Shoulder and Whispers, the new single from Sook-Yin Lee and Adam Litovitz’s latest project Jooj, is like the pilot episode of a Canadian adaptation of American Horror Story.

Directed by Brandon Cronenberg, son of Canadian horror king David Cronenberg, the doomy ballad haunts its way through the ominous hollows of a cathedral peppered with lost characters. It’s like stumbling into a lost quadrant from the old Ontario Place maze. Conceptualized collaboratively by the band alongside Cronenberg, the writhing movements of dancers Benjamin Kamino, Mairi Grieg and Syreeta Hector personifies the emotionally fraught lyrics and tense, brooding melodies.

One can see Litovitz’s background as a film studies professor, Cronenberg’s penchant for making us question our own bodies and Lee’s continuous exploration of physical connections in contemporary dance in the piece. Shot immaculately in crisp black and white, the video recalls early expressionist films with its use of shadows to obscure and reveal the torture of its characters.

But don’t be frightened. After all, it’s only a song.

Jooj’s first album will arrive through Last Gang records on May 26.