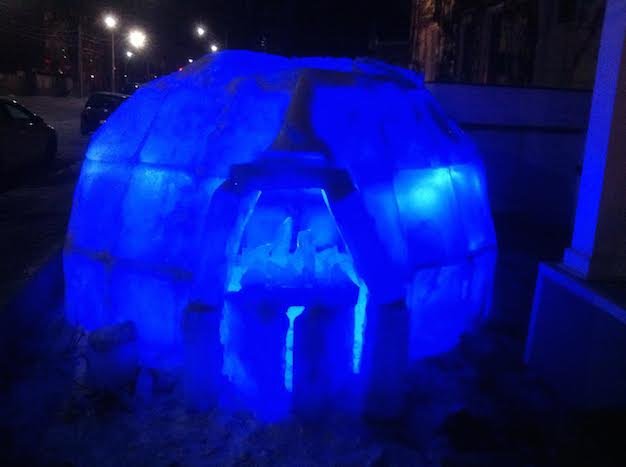 The televised Juno Awards were mercifully short and did not speak to the interests of people between the ages of, say, 25 and 55. Otherwise, there was something for everyone.

Sounding something like Adele meets Amy Winehouse, Alessia Cara kicked off the show with the sound and swagger of an emerging superstar. Part of her stage set included actors pretending to be statues or frozen or dead. It was never clarified. She might have killed those people.

Musician Jann Arden and Olympian John Montgomery made for an amiable pair during their opening monologue. Arden is thought to have an irreverent sense of humour, which usually consists of her telling jokes about being promiscuous or trashy. So she did some of those kinds of jokes. They also pointed out how dominant Canadian music had been over the past year with Cara, Drake, the Biebs, and the Weeknd each occupying top spots on the Billboard Hot 100. Arden said she slept with all of them. LOLZ.

Scott Helman played up his cutesy pop demeanour during his performance and then, immediately after his song was done, presented group of the year to Walk Off the Earth. Seems like a lot of work to give to one man hopefully Helman received union scale. WOTE brought some of their kids onstage and encouraged everyone watching to follow their dreams, suggesting that if you love something, it will love you back. Did you hear that, Dad?

Arden was earnest in her introduction of Buffy Sainte-Marie, who recited a poem and gave a lovely speech about the power of music before introducing the nominees for single of the year. The Weeknd received congrats from Universal Music CEO Jeffrey Remedios and made a gracious, short speech thanking fans for their support of I Can’t Feel My Face, which is allegedly about doing cocaine.

Dressed in a red suit and mounting a baby grand, Shawn Hook looked like the devil and sang a song about missing someone’s heartbeat, which was a tad creepy. It seemed like many of the musicians wanted to intimate that they might be more than capable of “killing it.”

Josh Ramsay made an awkward plea in support of the MusiCounts charity and introduced Lights and a young woman who has benefitted from the program. The two performed a duet together and it was a nice moment where a good idea was actually put into practice. It was also the first moment of the night where murder, cocaine and Jann Arden’s sex life weren’t awkwardly invoked.

Someone named Coleman showed off his chest hair and nervously sang a country dance-pop song about something being in the water. He was out of tune and as desperate to find his footing as I was trying to figure out who the hell he was. Actually, I wasn’t that desperate. I really didn’t care. Even now, I almost googled him. Couldn’t make myself do it.

Kardinal Offishall and Jus Reign made fun of country music in presenting the nominees for country album of the year, which went to Gypsy Road by Dean Brody. He wore an actual cowboy hat but didn’t thank his horse for its horse support. Didn’t seem like a thing a legitimate cowboy would forget to do. Based on several conversations I’ve had with people knowledgable on such matters, the horse-cowboy bond is very sacred. You thank your horse on television, no matter what. Period.

Shawn Mendes played an acoustic guitar and was accompanied by a string section, but the folk troubadour thing is just a ruse to make him seem like a deeper pop star than he really is. The song he sang wasn’t memorable or good but young people liked it, which is just fine for them.

Luke Doucet also wore a cowboy hat during Whitehorse’s performance (when in Calgary, I guess), which was dynamic enough to keep the crowd cheering in the midst of the guitar and vocal interplay between Doucet and his work/life partner, Melissa McClelland.

The Weeknd has performed on the Grammys and Oscars this year and dude was frankly gracious to make time to get to Calgary for a medley of Acquainted and Might Not at the comparably low-profile Junos. He has undeniable charisma and an unusual amount of generosity for a musician of his stature. He even gave up some stage time for an unremarkable rap by Belly, who was wearing a long trench coat like the suspicious guy in the strip club that Axel Foley took out in Beverly Hills Cop.

When Dear Rouge took the stage to play their vapid, repetitive pop song (“Do it do it do it do it do it do it do it”) for like, two minutes (most of the telecast’s performances seemed unusually short), I began to question my work as a music journalist in Canada because I hadn’t heard this song before. Actually, I’d barely heard of any of the performers and nominees. Does that make me out of touch? Because I’m not. Not at all. I read a lot of stuff and I pay attention to everything. So I think the Junos might be inventing musicians for their award show. There’s no other explanation. This should be investigated.

Breakthrough artist of the year went to Cara, who seemed genuinely shocked, quickly shouting out Def Jam before getting played off by a noodle-y acoustic guitar, presumably rendered by Randy Bachman.

Speaking of an unnecessary reference to the Guess Who, the unlikable people of the terrible band Nickelback helped induct Burton Cummings into the Canadian Music Hall of Fame. The songwriter hit the mic with sweat on his brow and tears in #theseeyes. He thanked family, friends and a slew of people with names no one would know. It seemed like a weird use of his time when he might’ve made some insightful speech about his long career and experience as a Canadian musician. Or, he could’ve gone viral by shaving his trademark moustache off during his speech. No one would ever forget that. #shavetheland

Bryan Adams sang a defiant song with the chorus, “If I’m gonna go down / I’m gonna go down rocking.” Which, if you count Summer of ’69, means he has now written at least two songs that might well be about oral sex.

The Juno Fan Choice Award went to Justin Bieber who, unable to attend, sent along a video of him sparring with a trainer and thanking his fans. People in Calgary booed him, prompting Montgomery to tell the crowd  to take it easy. He didn’t realize they were clearly angry at his sparring partner for not taking proper advantage of his situation and knocking that fucker out.

The lifeless ceremony needed a jolt. That’s when any smart producer calls in the local mayor. In Calgary’s case, it actually worked out, as Mayor Nenshi is likable and compelling, and he presented the last award of the night. Album of the year was given to the Weeknd for Beauty Behind The Madness and he again thanked his fans, collaborators and his mom. It was a big weekend for the Weeknd and he remained humble, taking in all the love.

The perpetually sweaty Burton Cummings closed out the show with his band, singing My Own Way To Rock, which must’ve been some kind of alien experience for the Weeknd and Mendes fans in the room.

But that’s what the televised portion of the Juno Awards (most of the interesting stuff happens at an off-camera banquet the day before) really is – a weirdly narrow celebration of music that only iGen and senior citizens could actually give a shit about. And they have to work it all out together. Oh well, at least no one died. As far as we know.