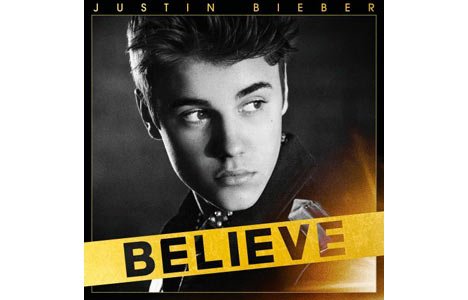 A melismatic R&B singer trapped in the body of a teenypopper, Bieber sounds most convincing when his fluttery timbre is given room to breathe. Highlights include the pensive One Love, the yodelling falsetto chorus in Thought Of You, the vaguely menacing come-on Boyfriend and the MJ-sampling summer jam Die In Your Arms.

The more aggressive bangers are effective, though Bieber gets eclipsed by everything else going on in the tracks. The Max Martin- and Zedd-produced Beauty And A Beat is mainly memorable for its squelchy synth solo outro and guest rap by Nicki Minaj, who rhymes “Bieber” with “ether,” “weiner” and “Selenerrr.”

Top track: Die In Your Arms