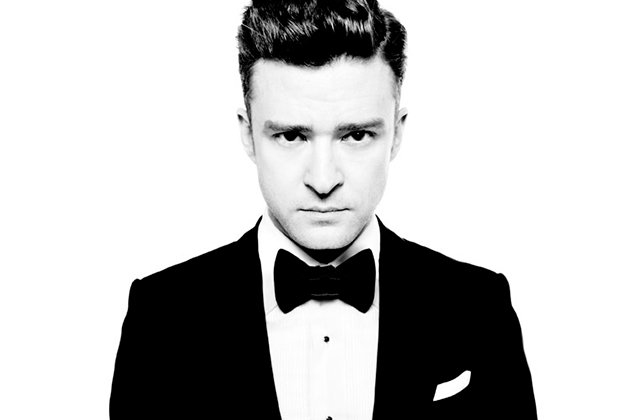 Justin Timberlake’s return to pop music following a hiatus to focus on acting ended last year with the two-part album The 20/20 Experience. A forgettable effort – especially the second part – full of warmed-over lite disco-funk and cornball come-ons, its songs fare much better with the 33-year-old swivelling his pelvis in person.

Casting himself as a kind of nightclub orchestra leader, Timberlake and his small army of musicians — which included two drummers and a horn section — played a high-energy set that emphasized his musical versatility without totally abandoning the ravey laser lights, back-up dancers and cutting-edge concert technology one expects from a pop star self-styled as Michael Jackson’s heir apparent.

The set list drew from his four albums, and included stripped-down renditions of Elvis Presley and Jackson hits. The Suit & Tie singer is charisma incarnate and moved with a smoothness and ease that was emphasized by his untucked, designer business-casual attire. He even made a pause for a fan’s surprise marriage proposal seem relatively painless (“Chris and Alana are gettin’ married, y’all!”).

The band, meanwhile, have clearly been at it for a while (this was JT’s third T.O. show this year), and received huge crowd response when the assorted players gathered around the foot of the stage, jam-style, with Timberlake manning keys or guitar.

Sometimes they switched-up arrangements mid-song. Older hit My Love, for example, went from slinky electro-funk to twinkling piano ballad to Santana-style rock soloing, but such flourishes felt perfunctory and overwhelming. Signature ballad Cry Me A River, and Until The End Of Time, played on solo piano, were not reworked and thus sounded great.

Essentially, Timberlake seems caught in a transitional phase between pop star and Serious Band Leader with Prince-style funk revue leanings, but his middling material lacks the gravitas befitting such treatment. Fortunately, he still has his pop-star charms.