We can learn a thing or two from Kanye West 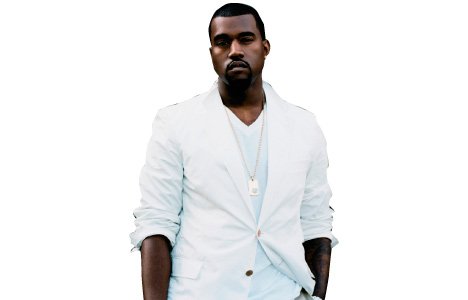 “How many people here have had to defend me recently?” Kanye West asked the audience during his Yeezus tour at the Air Canada Centre in 2013.

A large number of hands went up throughout the arena (including my own).

Seventeen months later West is returning to town, this time as the headliner for the Pan American Games closing ceremony. Many of the more than 31,000 fans that attended his two 2013 Yeezus tour shows in Toronto are likely now raising their eyebrows following the predictable backlash to the Pan Am booking, which follows similar backlashes to his headlining appearances at the UK’s Glastonbury Festival and Ottawa Bluesfest – which, incidentally, attracted 25,000 to 30,000 people (or what was apparently that festival’s largest audience to date).

There is, unsurprisingly, a Change.org petition asking Pan Am Games organizers to remove West from the bill because he is American. Instead, signers say, they should book passport-carrying Canadians such as Drake, Feist, Shania Twain, the Weekend or Peaches (OMG, BOOK PEACHES!) alongside Pitbull (also American) and Serena Ryder (Canadian, phew).

(Nevermind that Drake, along with Nickelback, Ricky Martin and Three Days Grace, already performed at the Pan Am closing ceremonies in Guadalajara, Mexico, in 2011.)

While the petition’s blurb focuses on citizenship, its accompanying photo is a passive aggressive jab: it’s the “Imma let you finish” moment of West interrupting Taylor Swift’s acceptance speech during the 2009 MTV Video Music Awards. Swift is over it. Torontonians, not so much.

In the petition’s comments section, the list of reasons why West is a bad choice is even more detailed. Some insist that he doesn’t represent values becoming of a Canadian or an athlete – or both – such as humility, empathy, fairness, grace in the face of defeat, etc.

It’s true. He’s not a gracious loser. Also true? He doesn’t know when to shut the fuck up. He has a problem when it comes to repressing his deepest, darkest emotions. He gets annoyed when he is ignored or minimized. He doesn’t like settling for less. People never write New York Times articles about him that have the word ‘indifferent’ in the headline. He isn’t afraid to appear ugly or disagreeable. He’s ambitious. He gets great reviews. He challenges his fans with his music. As Morrissey would say, he seemingly “takes pleasure in out-enduring people’s patience.” His music and his words can be contradictory and he’s apparently fine with that. He embraces his faults, but not always. He’s good at collaborating. He supports younger artists, especially from his hometown of Chicago. He calls out racism when he sees it. In a review of 2013’s Yeezus album, Lou Reed likened his music to farting – as a compliment. He isn’t obsessed with people thinking he is “nice” and he is successful in spite of that. He married rich.

At Glastonbury in June, West ended his set by pulling a move from the Muhammad Ali playbook. “I’m going to say this tonight because 20 years from now, 30 years from now, 40 years from now, I might not be able to say it, but I can say it tonight,” he said. “You are now watching the greatest living rock star on the planet!” (And if that doesn’t embody the spirit of competition, I don’t know what does.)

As I write all that, it gets clearer to me how un-Canadian Kanye West is. He isn’t the musician who best represents Toronto, much less Canada.

After all, the nearly 25,000 people who have signed the Change.org petition reflect the tiresomely superior attitudes this city still has when it comes to the importance of humility and modesty.

Music journalist Alan Cross stepped up to give a face to this superiority complex in a blog post entitled Kanye West To Close The Pan Am Games? Give Us A F**kin’ Break! But...

“I don’t want my tax dollars going to this asshole who’s married to a Kardashian – especially THAT one,” he wrote before referring to West’s reality star wife Kim Kardashian in a since-deleted comment as “a skank.”

Still, he would have preferred a CanCon kumbaya featuring Neil Young, Matthew Good, Celine Dion and Arcade Fire, among others, that “would have soothed our nationalist needs.”

Cross then assures anxious nationalists that he’ll somehow get over himself in time to tune in to the show.

It’s irritating that people like Cross and the petition commenters continue to cling to an imaginary idea of Humble Toronto in the face of the misogynist corporate culture exposed by the Jian Ghomeshi scandal, the Fuck Her Right In The Pussy uproar, the homophobic religious fanatics that protested Ontario’s new sex ed curriculum outside Queen’s Park, police carding, the latest instance of a cop fatally shooting a mentally ill black man and, um, our former crack-smoking mayor Rob Ford who, embarrassingly, remains an elected official.

The people commenting on this petition assert Canadian niceness and politeness even as a materialistic culture concentrates wealth in fewer hands. Surging housing prices are forcing people into the suburbs, we have vanishing job security, private vehicles are valued over public transit, and we continually elect self-serving public officials, like Ford and Stephen Harper, who fail to doing anything about it.

In his aforementioned review of Yeezus, the late Lou Reed points out the tendency to want to view ourselves one particular way while we move up the ladder in life even as evidence increasingly points to the contrary. It comes up in his assessment of the song New Slaves.

“[West] says ‘Fuck you and your Hamptons house.’ But God only knows how much he’s spending wherever he is,” Reed wrote. “He’s trying to have it both ways – he’s the upstart but he’s got it all, so he frowns on it. Some people might say that makes him complicated, but it’s not really that complicated.”

It’s this tension – acknowledged in West’s music – between material ambition and a desire to remain relatable that critics use to devalue his music’s messages about race, class and inequality.

But maybe we could be learning a thing or two from Kanye West. Maybe we need to acknowledge and attempt to address our own false perceptions. Maybe we shouldn’t ask West to be more humble and instead learn from his confidence. Despite what click-baity headlines say, he has a capacity to self-reflect and still believe in himself. He goes after what he wants, and often gets it.

He also puts on a good show.