NOW MagazineMovies & TVReviewsKeanu is fun, and the gangsta cat is adorable

Keanu is fun, and the gangsta cat is adorable

Key and Peele’s film is ridiculous but very funny, though sometimes the stoner comedy goes wide 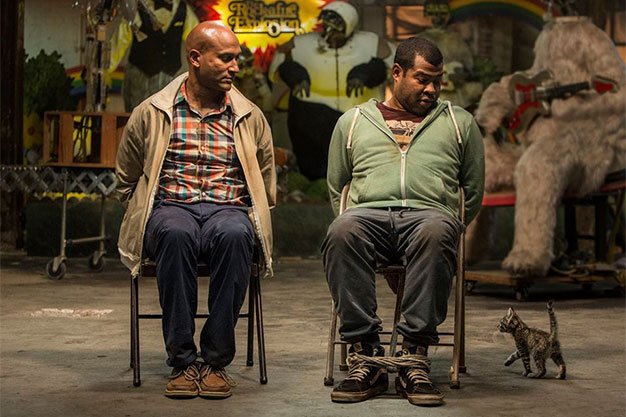 Jordan Peele and Keegan-Michael Key may have wrapped their sketch-comedy series Key And Peele after five seasons, but Keanu sees the collaboration continuing to pay off on the big screen.

Key and Peele play Clarence and Rell, cousins who find themselves flailing through the Los Angeles criminal underworld in search of a missing kitten – who, it turns out, has been cuddling with every gang lord in town.

It’s ridiculous, but in a really engaging way, with our clueless heroes essentially trapped in a never-ending improv game of “yes, and…” that starts when they’re mistaken for a pair of murderous gangsters and ends with a shootout and a car chase.

Some of the stoner comedy goes a bit wide – Will Forte seems strangely miscast as a dreadlocked weed dealer – but Peele (who co-wrote the script with K&P writer/producer Alex Rubens) and Key are always working at least two jokes at once and The Carmichael Show’s Tiffany Haddish really pops as a henchwoman who clicks with Peele.

Plus that kitten is goddamned adorable.

Don’t miss our Key and Peele feature, where we answer your question,  Who are they?