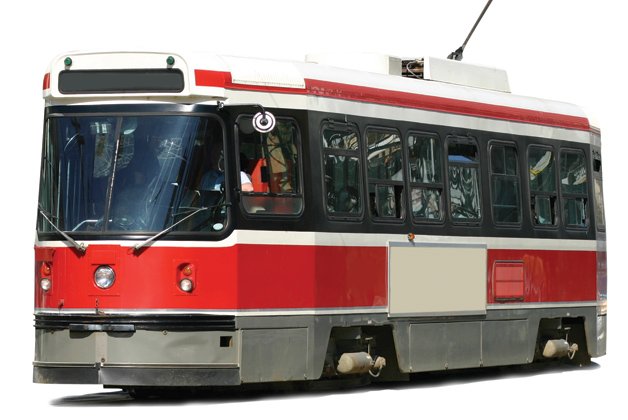 While other big cities have frustrations about their public transit, fights over how to improve the TTC have been particularly nasty.

The issue will continue to play a central role in the upcoming municipal election, and all declared (and expected) candidates will talk transit. Former TTC chair Karen Stintz has made it the central plank in her platform. But are her solutions credible?

Stintz brought up the idea of putting one person in charge of the TTC and the functions of Transportation Services. In one way this isn’t a bad idea. London, England, for example, has Transport for London (TFL), which operates the Tube and controls the major roads, bridges and transit lines, in addition to regulating taxis, pedestrians and cyclists. TFL uses its powers to promote non-vehicular transportation, and it seems to work well.

Having the TTC report to a City Hall bureaucrat, however, would reduce the independence of the commission, whose separateness from the city has reduced political influence to some extent.

So why not follow the London model and put city-controlled highways like the DVP and Gardiner and major arterials under the TTC, similar to how the system worked under the old metro system of government? Many people don’t realize that the TTC built many of the bridges for streetcars (like the one on Queen over the Don) and still have financial responsibility for them.

If the TTC managed issues like parking, taxis and bike lanes, it would eliminate a lot of the politics that happen at city council, although arguably some local control would be lost.

Using GO to move people longer distances, like from Scarborough or Richmond Hill to downtown, makes sense. It’s faster and cheaper than building more subways, but today little capacity exists on any of the main GO lines. So even if tens of millions per year were found to harmonize the fares (assuming that GO fares could go down to TTC levels), hundreds of millions more would be needed to buy more GO trains and electrify the lines. This is still likely 10 years away because of the sheer volume of lines.

The other obstacle is the Presto card system that would allow integrated fare purchases, which is running years late and $1 billion over budget.

Worth well over $1 billion dollars, a sale of Toronto Hydro looks like a nice way to get some needed cash. The company has $1.1 billion in shareholders assets and in 2012 paid the city just under $50 million in dividends.

However, provincial law only allows 10 per cent to be sold before large penalties are imposed. Stintz is suggesting a 99-year lease as a way to get around the law.

The real question, though, is should we give up the $30 to $60 million in yearly dividends? Property taxes would have to go up 1.5 to 2.5 per cent to replace the loss.

It might be a smarter to borrow $1 billion.. At today’s rates, that would cost $44 million per year, less than the $50 million in dividends the city collects.

Contracting over and out

Everyone’s favourite solution, aside from finding efficiencies, is contracting out. Stintz pushed for contracted out cleaning services at the TTC. The reality is that the collective agreement, imposed by provincial legislation, makes large-scale contracting out virtually impossible in the short run. Likewise, the essential service designation that council requested and the province passed means the TTC and the union would have to negotiate a new clause allowing contracting out in “fair and unfettered” bargaining, involving an arbitrator. In light of the transit union’s public statements, it seem unlikely it would agree.

A mayor who’s able to advocate for more funding and doesn’t just shout “subways, subways, subways” could find the most cost-effective way to fix transit.

The challenge is that the province, the city’s major funder, has a serious financial problems of its own with an $11 billion deficit. To date, all the discussion has been about new revenue tools or other ways to fund subway expansion, and very little about stable operating funding for the 70 per cent of riders who use buses and streetcars.

Don’t believe promises of fare freezes, not that Stintz has promised one. Just maintaining what many consider inadequate levels of service costs around $60 million more annually due to inflation. Holding the fares means either cutting service or levying an additional 1 to 2.5 per cent on top of the normal 2 to 3 per cent property tax increase.

That kind of tax increase would never make it through council. If no extra provincial funding is coming, improving services will likely require fare hikes of closer to 10 cents per year, combined with raising property taxes. That’s the reality.